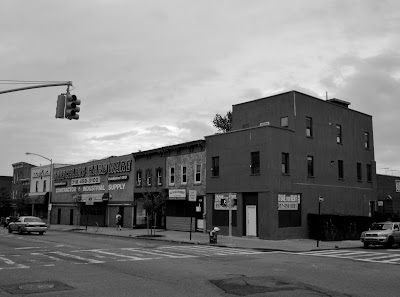 There's a store for rent at 652 Fifth Avenue, the less-than-attractive expanded building at the corner of 19th.  The retail space at 652 has been empty since Pop's Bazaar closed some years back. Through the powers of Google, we can see the corner four years ago, when Everything Must Go signs were posted in the window. 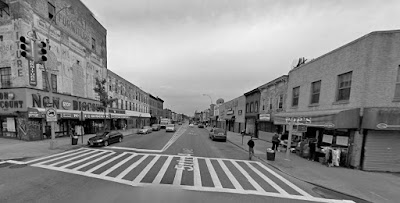 Some other Fifth retail questions:

Back in February South Slope News reported that Milan's, the long-standing Czech restaurant at Fifth and 22nd, was likely to close, with the store for rent and the business up for sale. but four months on, it's still hanging in there,  It'd be nice to believe that the restaurant, one of the last culinary reminders of the area's East and Central European roots, is staying put.  Anyone have any updates? 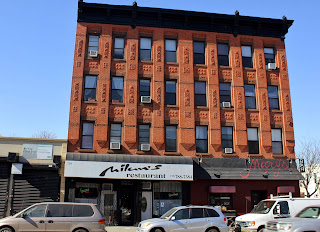 Roosters, the Caribbean restaurant that arrived on the avenue late last year, has been closed since the end of June. On their Facebook page, there's mention of a family situation. The lady at Big Apple, next door, said she was sure they'd be back soon.  I certainly hope so.  The food is terrific, the vibe friendly, and it's altogether the kind of place that deserves a long run here. 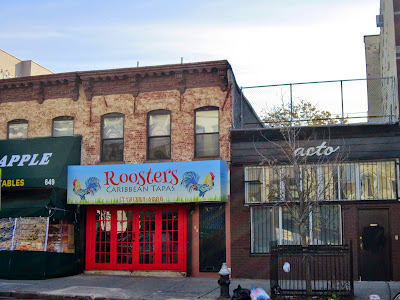 Finally this week, I was mildly entertained to read the chalkboard easel news at Please, the soft-and-fuzzy sex emporium at Fifth & 15th. The bondage cords had arrived!!! Please is usually completely empty when I pass by, but maybe this addition to the stock will draw the crowds...
No photo, alas!

Posted by onemorefoldedsunset at Thursday, July 09, 2015