Fourth at 11th Getting the Finger? 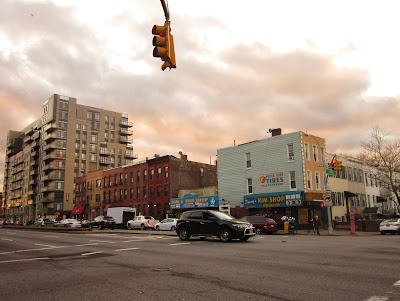 DNAinfo reports that plans have been filed for a ten-storey building at 488 Fourth Avenue, between 11th & 12th Streets, two doors down from Danny's Rim & Tires. This would replace a three-storey walk-up.  The building was last sold in 2007 to Righteous of Park Slope LLC for $2,400,000.  Not righteous enough, apparently, to avoid an open partial vacate order on the property, the result of creating an illegal occupancy space in the basement.  If the filed plans are approved, this would mean one of those charming finger buildings breaking up an otherwise (for now) unchanged block.

Note:  The photograph above is clearly rather dated (early '13), and will be updated shortly.  Since it was taken, Lucky 7 Deli appeared at the corner of 11th, and 500 Fourth found itself with a heap of structurally unsafe balconies.  Two years after 500's problems were first reported, repairs are still ongoing, but the balconies, all removed, are starting to make a comeback.


Here's a updated pic.  488 is the middle brick apartment house. 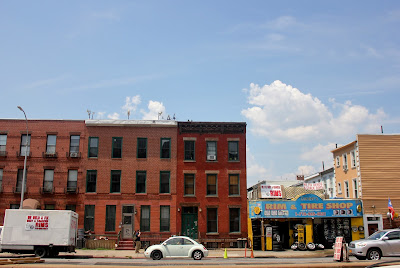 Posted by onemorefoldedsunset at Tuesday, July 28, 2015