Pioneering photographer and sociologist Lewis Hine visited Gowanus a century back, as part of a landmark project documenting the ills of child labor. 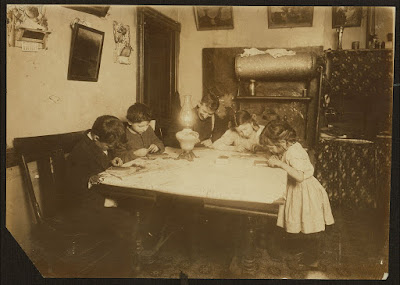 8 P.M. Farrell family, 151 Eleventh St., Brooklyn. (See schedule.) They had temporarily discontinued the brush making, but sent to a neighbor for materials and posed for me, just as they had been doing it. The little five year old on the right is very deft. Her eyes seemed to be troubling her. Boy on left is a neighbor who makes them too. The father complained of the little money there is in the work. 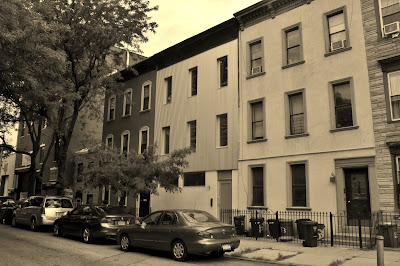 151 can be seen above, at center, with a corrugated silver facade.  Did the Farrell apartment have a front window? Did the children stand by it and gaze down onto the street? 151, a frame house, was built at some point in the 1880s.  The much smaller 147, two doors down, is older, dating back at least to the seventies.  It's the oldest wooden house on the north side of the block, though across the street there's a row of attached frame rowhouses that are also pre-1880.  In poor condition, fire-damaged, and apparently in contract, 147 looks likely to be gone shortly. 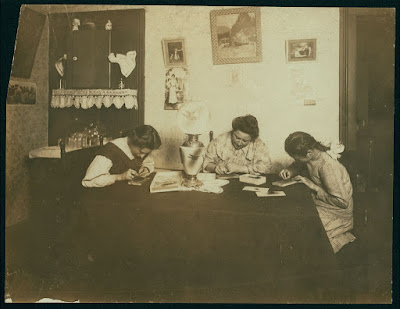 Brush-making late at night. Photo taken at 9:00 P.M., and they work later. Girls are 12 and 14 years old and go to school working in the morning before school and at night after studying is finished. Mother said, "It is better for children to learn something useful to do." The three average one dozen brushes a day. (30 cents.) One of the girls said she would rather work then [i.e., than?] study. Shultz family, 476 Third Ave., Brooklyn. 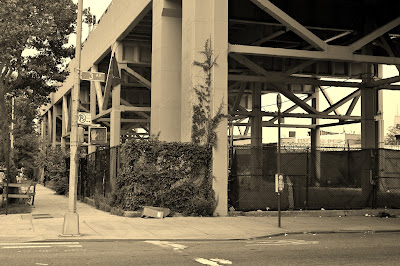 Most of the older maps of this area indicate 476 as a brick building right on the north-west corner of Third and 10th. Today the F & G trains rumble over the spot where the Shultzes toiled at their brush-work. 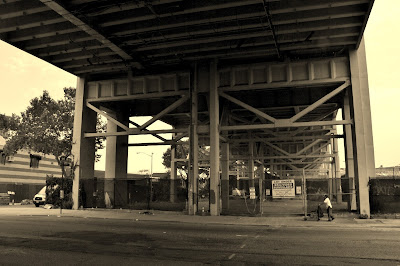 Posted by onemorefoldedsunset at Monday, July 13, 2015