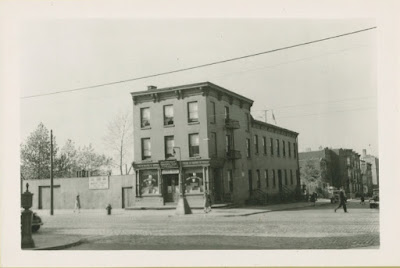 While I was looking for florists and monument works the other day,  I came across a picture of the White Eagle Tavern that I hadn't seen before.  It's another P.L. Sperr from 1941 (NYPL), taken at a time when the building was known as the White Eagle Hall and served as the Polish Democratic Club headquarters.  Condon's Florists (greenhouse intact) was right next door. 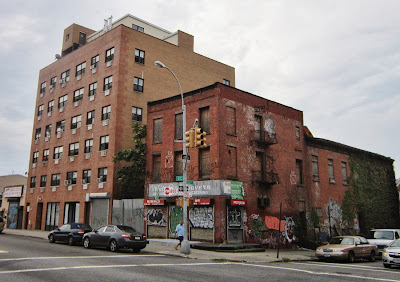 and in May of this year. 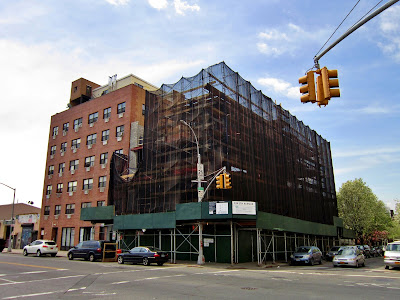 As I've mentioned before, a White Eagle Tavern sign remained on the building for years, even as the slow and tortured construction work there stopped and started, stopped and started.  Last week though, I saw that it had gone, and where it once hung there was a slab of fresh cinderblock.  I looked in the nearby dumpster several times that week, and asked a couple of guys at the site if it was still around, but it was too late. 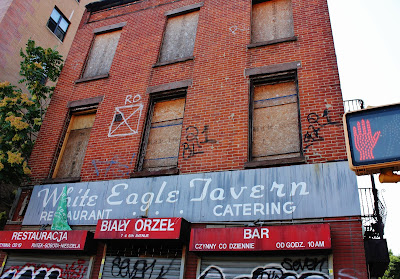 Posted by onemorefoldedsunset at Friday, July 24, 2015