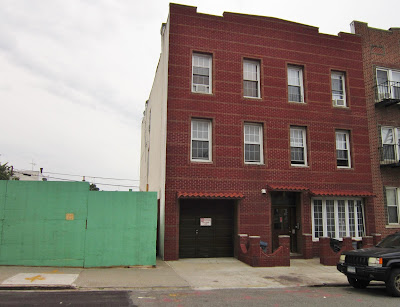 Adjacent to the development site at 196 - 202 19th Street (plans still pending for a 22 unit apartment building), a five-family apartment building (192-4) was recently listed for sale at $3,500,000.  It appears to be no longer listed, but a house tour (Corcoran listing) is still online here.  Do the next- door developers plan to add this one to the property haul?  The building was listed as being built in 1925, though there was already a brick building on site in 1903, with wooden extensions taking up the rest of the lot. Prior to 1903, maps indicate a smaller, wooden building standing alone at the front of the lot.  If you look at the backyard shot in the online tour (see below), you'll see an interesting looking brick building at the rear property line. This is now the premises of Munoz Auto Repair, at 199 20th Street, but in 1903 there was a dairy at this address.  From the rear at least, the building looks old enough to be part of the original dairy structure.
On a side note, hurrah for not one but two laundry poles in the back yard.  The laundry pole is an endangered species around here, but we still have ours. 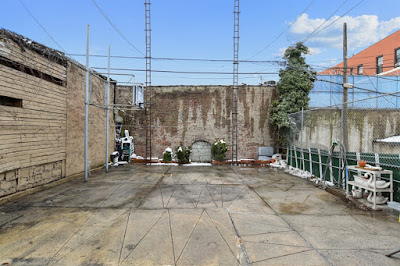 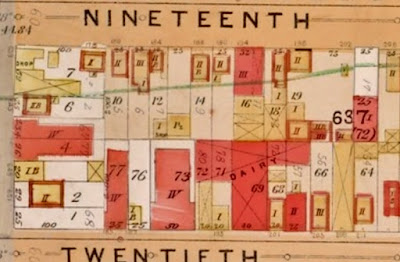 Earlier (with links): Just Another Site

Posted by onemorefoldedsunset at Wednesday, July 15, 2015