Late last year, in late night TV junk land (Grit!), I ran into the 70s Burt Reynolds movie, Shamus, I'm no Burt fan, but this one had a local setting, with Burt as a private eye whose base of operations was a pool hall on Fifth.  I didn't get to see the whole thing, and looking for it later, could only find the film available on dubious looking online sites.  Weighing the prospect of more Burt on Fifth against the likelihood of computer viruses, sanity prevailed.  But I wanted to see the whole thing, and finally found it for sale on Amazon in a four movie package: two Burts, a Sean Connery and a Charles Bronson.  Six bucks!  I watched it today, and yes, it was something of a clunker, but there we were, albeit briefly, on '73 Fifth, and Third, and Second, and even a dud of a movie set in New York forty years back quickens the heart.
Here are a few screenshots. 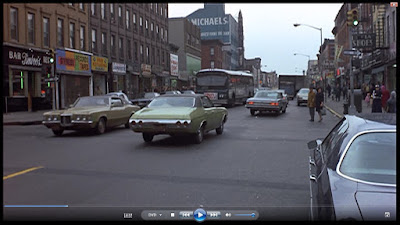 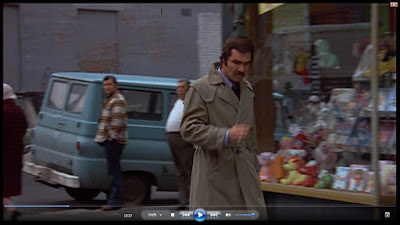 Walking to the billiard hall at Fifth and 11th (there really was a billiard hall there!) above O'Neil's card and gift shop (now a bank) Burt is lost in thought. 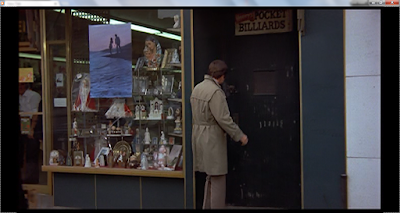 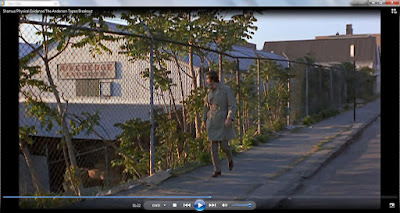 Later in the movie Burt sets off to investigate the shady Riveredge Exports company. Its warehouse sits on the banks of the Gowanus Canal.  Whole Foods here?  Who'd go for that one in 1973? 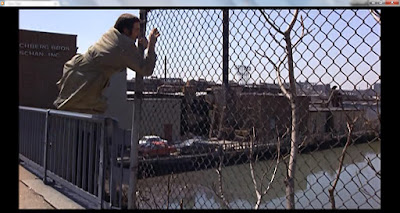 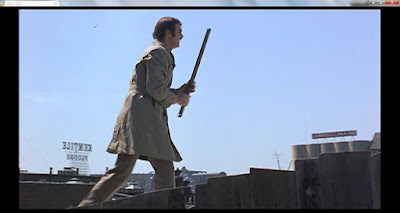 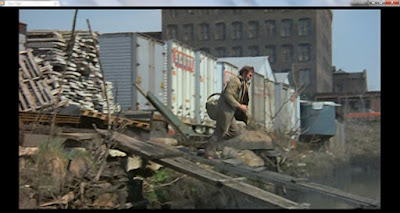 Trouble in the warehouse. Exit Burt. 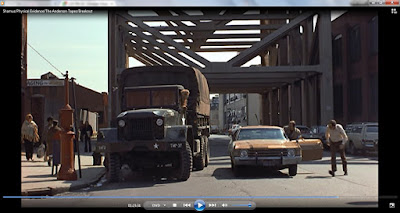 Watched fondly by love interest Dyan Cannon, our hero steals a car from a hapless driver, and heads east up 9th Street, from 2nd Avenue. 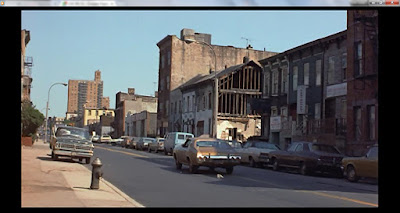 I know (at least I think I know) that this is 9th Street - with the large apartment building in sight up the hill it can't be anywhere else - but the block has certainly changed a lot since the 70's.  Many of the houses on the southern side are gone, replaced by small-scale warehouses, or left as empty lots.

There are a couple of locations in the film that I just can't place.  They look familiar, but don't quite seem to fit the landscape.  I'll put them up here later in the week and maybe someone else can solve the puzzle.

Posted by onemorefoldedsunset at Thursday, July 02, 2015

Great kino-geography post! Love the cars and the trench coat!

I'd be suspicious of that guy by the blue van in the second screen shot.

I love the frame by frame breakdown! When is the book coming out? "Brooklyn, day by day, block by block, a biography..."