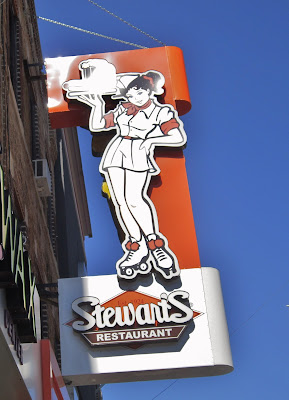 Beloved Bay Ridge fixture Hinsch's, around since the 40's, closed in 2011, reopened briefly, & became Mike's Hinsch's Diner in 2013. Late last year the restaurant was taken over by the Stewart's All American chain, a company with its own history going back to the 1920's. The Hinsch's sign was revamped when Mike's took over, and now Stewart's has its signature waitress up there.  Is the neon sign underneath, or was it dismantled leaving just its base behind?  We know which look we liked best. 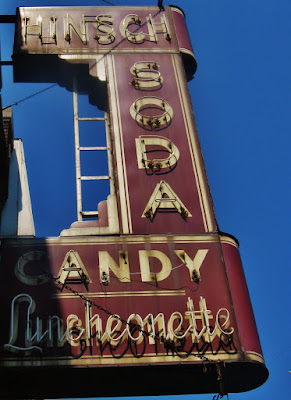 Posted by onemorefoldedsunset at Monday, March 21, 2016