The sign for Camelia (Fifth & 12th) has been painted over, so I guess there's something new coming in.  There've been rumors of development coming to the corner, but it looks like there's nothing doing right now.  Good. 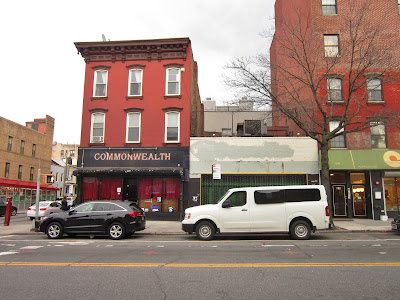 Here's the menu for La Royale (12th/11th), which is replacing Mezini. Same owners, with a new concept!  The signs for the upcoming Beer Burger House went up in January.  Burgers in the $11 - $16 range. 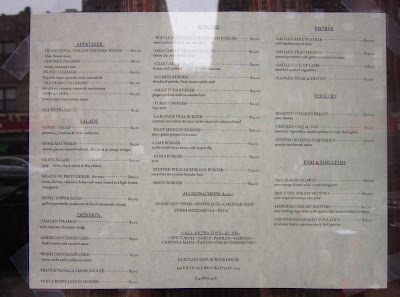 Scaffolding is going up at the corner of Fifth & 10th. The vacant bargain store space at 458 has been empty for a while, but now the MC O'Brien* For Rent sign is gone.  The building is set for a one-story enlargement, and a conversion of the upper floors to residential use.

*MC O'Brien are also handling the leasing of the retail spaces at the Fourth Ave. subway station. Not much action going on there. 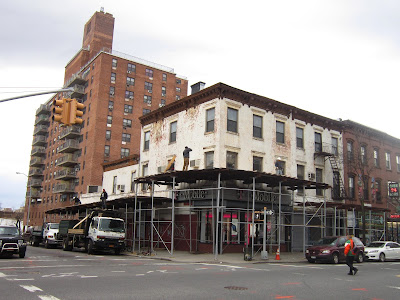 Just down the block, there's still no open door at the Breadfruit Tree Cafe, and I'm fearing the worst. The store suffered water damage a month ago, and I don't see any sign of repairs.  Such reasonably priced food, & lovely owners there.  The building the cafe is in, along with the one adjoining it, was purchased by Madison Capital in 2014, for just under 18 million. 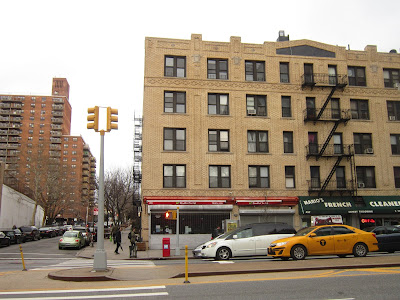 Posted by onemorefoldedsunset at Friday, March 18, 2016