In February '15 the MTA expressed hopes that general construction at the Fourth Avenue station would be finished by mid-March of that year.  The R stairways were to be repaired by April '15, & retail spaces were to be ready for tenancy by 2016.  Much of the work has been completed, but questions remain.  We've raised them before, but as work here seems to have ground to a halt, or is even, perhaps, officially completed, we'll raise them again.

1.  The retail spaces have been advertised for rent with MC O'Brien for some months, but it's unclear if they're ready for occupancy.  Have any of them been leased?

2.  What about the state of the Coney Island bound F/G platform?  The archway windows on this side are still boarded up, making for a very narrow pedestrian space at this section of the platform.  Are there any plans to complete the work on this side? 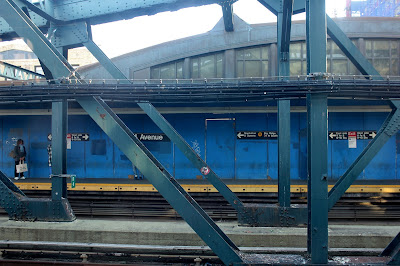 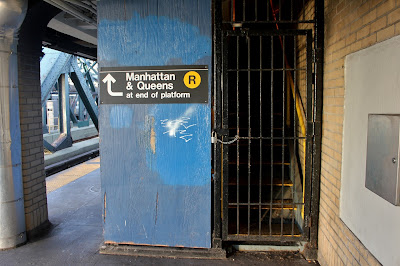 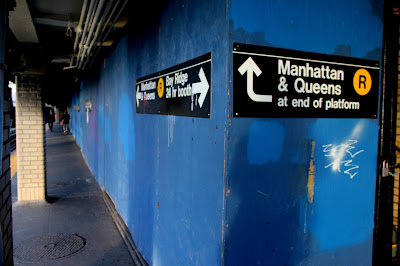 3.  Were renovations to the passageways & western side of the station interior ever budgeted for?  I'm pretty content with them being just the way they are, but it seems a little odd that they've been left almost entirely untouched. 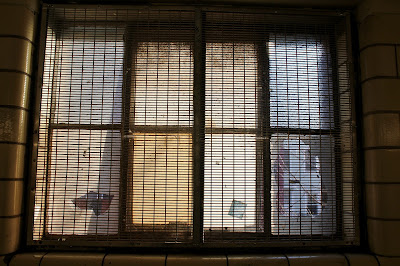 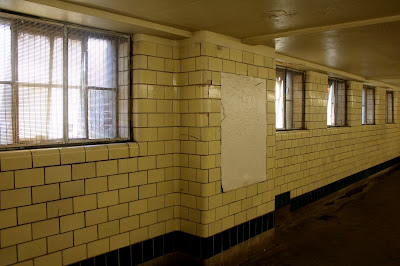 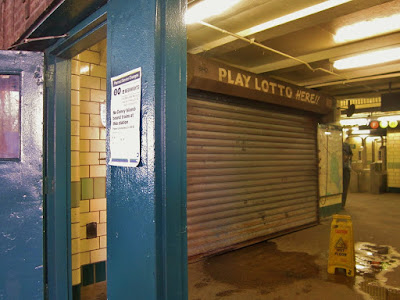 2013 - the interior looks much the same today

Culver Viaduct renovation plans were first announced in 2007. Nine years later we're wondering when the Fourth & 9th station will get the finishing touches.

Posted by onemorefoldedsunset at Thursday, March 31, 2016