I can't remember when I last saw the Fifth Avenue wooden house right next to the historic Weir greenhouse.  The greenhouse is currently under renovation, and will be transformed into the Green-Wood Cemetery visitors' center.  Here's a rendering for the center from 2015 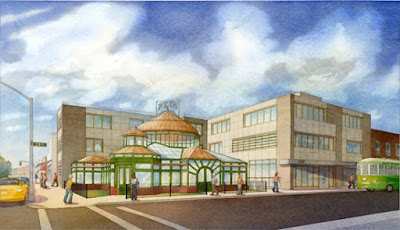 751 Fifth was one of two ancillary wooden buildings approved for demolition by the Landmarks Commision last summer. It lingered around for a while after that though, and demo plans were filed in November. I'm by there fairly often, but somehow this winter I completely missed its removal. 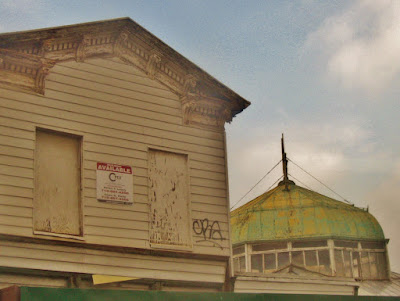 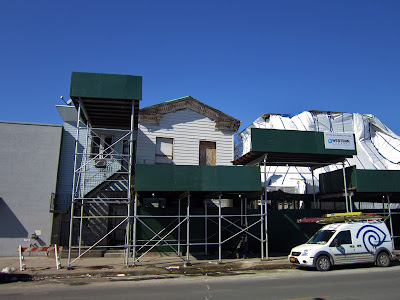 In the late nineteenth century Albert Seidler offered a "refreshment saloon" at 751 Fifth, and advertisements were placed in the 1890s for a "strong Swedish or German girl" and a girl, "willing and obliging" to provide "good, plain cooking."

Posted by onemorefoldedsunset at Friday, March 25, 2016