Getting Ready for Easter

Chocolate egg purchases were made at Java Joe's (got to get the Cadbury's with the buttons inside) but I haven't got round to the seasonal photos yet.

In pre-Easter spirit, we'll go back to this picture I posted several years ago.  Not necessarily an Easter photograph, but those white rabbits are rather fabulous. 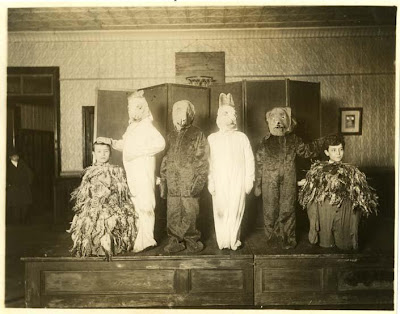 "View of six children standing on a stage and dressed in costumes. Two are dressed as bears, two as rabbits, and the other two, whose faces can be seen, are wearing unidentifiable costumes covered with feathers. It is assumed that this event is taking place at the Gregg Chapel, the Lafayette Avenue Presbyterian Church's mission to the Italians of Gowanus in the early years of the 20th century, located at 190 4th Avenue. The image is not dated." (Brooklyn Visual Heritage)

And definitely Easter (& rabbit) related, this pair of mislaid ears spotted on a sidewalk - Easter Sunday, 2011. 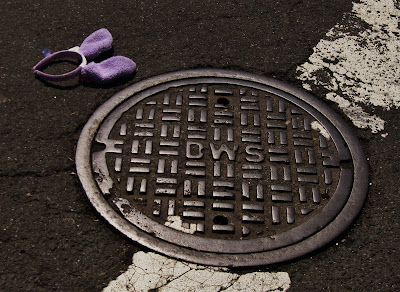 Brooklynolgy has an interesting post on the Gregg Chapel.  In the Brooklyn Collection archives two buildings at 190 Fourth are identified as the Chapel, and the second (a taller conversion of the first?) was planned for in 1913.  A picture of the "new" chapel in the Eagle article shows a building looking very much like the taller chapel building shown in the Collection. In 1886, on a block taken up almost entirely by Conklin's Blue Stone yard, a building at the same address is recorded on Robinson's Atlas as a blacksmith's, and it still shows as a blacksmith's in Hyde's map of 1906, but by the time of the 1916 Hyde map, a chapel is shown at that address.  Is it possible the first Gregg Chapel or Chiesa Evangelica Italiana was also a conversion?  Of the smithy?  Here's the first chapel  - again undated, but certainly pre-1916. 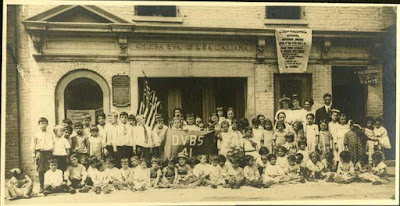 Posted by onemorefoldedsunset at Sunday, March 20, 2016