I'm fascinated by the 17th Street block between Fourth and Fifth Avenues.  While I'm usually drawn to the mixed, mostly wooden blocks of the area, fancier looking 17th intrigues because it just looks so different from any other street nearby.  Lined almost entirely in brownstone and brick, it radiates a history of prosperity.  A brief scan of Brooklyn Eagle archives revealed a doctor and the widow of a mill owner having once lived here, and mentions of a flower-decked musical evening, and a lavish-sounding wedding (the bride & husband moving to a new life at 6th & Eighth) suggest a comfortable level of wealth in the late nineteenth and early twentieth century. 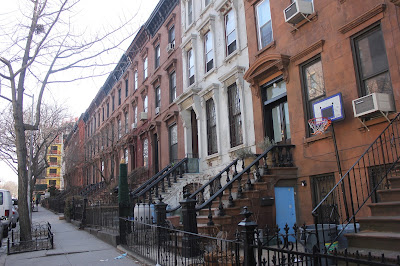 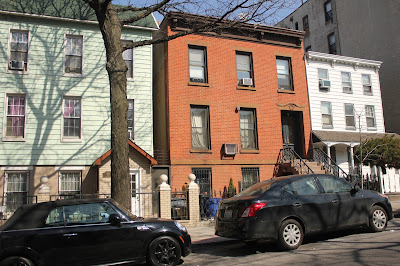 These days there's new construction in the middle & at either end of the block, and the glorious Gothic Revival Pentacostal church at 237, (originally the Episcopal Church of the Atonement) has seen better days.  The real jarring note on the block, though, is the on-ramp to the Prospect Expressway, which cuts through the north side of the block just below no. 213.  Another blessing bestowed by Robert Moses.  213 itself is a beautiful house.  I loathe the brokerese "good bones," but broad 213, with a center-hall entrance and dormer windows must have been pretty grand in its early days.  I was excited to find out that this was once the family home of monument-maker Thomas Pitbladdo, whose family were prominent stone-masons in the area. Pitbladdo lived in the house until his death in 1920.  His daughter Elizabeth was married at the house in 1902, and the house was decorated with "palms, roses, pinks and smilax." 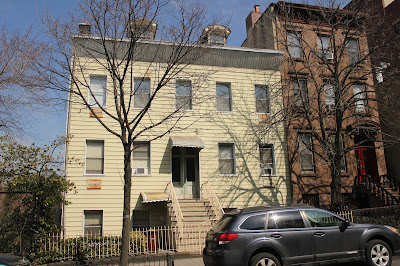 I'd assumed that 213 was wooden, but then I found a great Brownstoner Building of the Day article by Suzanne Spellen (Montrose Morris) which suggests that the pre-1886 house is either brick or stucco. The article's a great read, with plenty of information on the house and the Pitbladdos, who are all buried in Green Wood cemetery. A while ago I wrote a post on the stonemason & florist businesses that once clustered around the cemetery, and the information I found about the Pitbladdo businesses was a bit different from MM's, but I defer to her expertise in these matters.  She also wrote a Brownstoner piece on the church on the block (a murder tale, no less) that can be checked out here.  I have plenty of pictures of the church somewhere in my mis-managed photo archives, and will add one here shortly.

Update: Still haven't dug into older pics.  Here are a couple of recent ones. 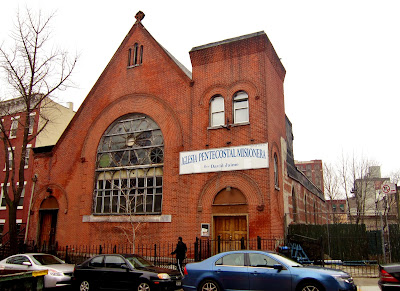 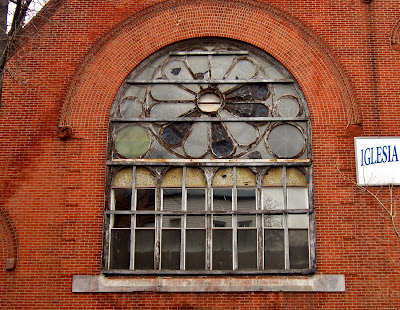 Posted by onemorefoldedsunset at Wednesday, March 09, 2016