There all the time? 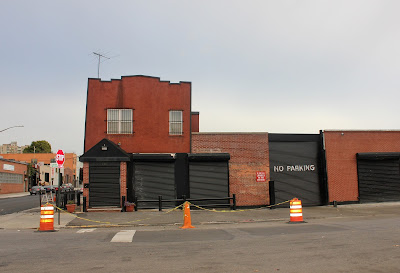 On the 1880 Bromley map of Brooklyn, Second Avenue between Hamilton & the Gowanus Canal is almost entirely empty of buildings.  Between Hamilton & 12th up to the gas plant, & 9th & 8th Streets before the avenue ends by Fifth,  land along the avenue is parceled into lots, but only a few of them are occupied: half a dozen frames between 15th and 14th (east), a solitary frame on the northwest corner of 14th, and a couple of brick buildings at the northwest corner of 9th Street.  To the south of Prospect and north of the canal, the saw mills & coal yards are indicated, and on either side of Second Avenue a smattering of businesses are shown.  The Doubleday cloth factory, the ammonia factory, and farther east by Third, the florists, the stone company, the photograph lithographer.  The side streets are starting to fill in, plot by plot.  There's some brick here, but wood predominates.

By 1886, the lots from 15th to 12th on the east side of the avenue are all filled in with wooden buildings, and a few lots on the west side are occupied. At 9th to 8th the lots are partially filled in, and a trio of buildings have appeared at 10th.  A bagging factory appears. The Sanborn map of that year shows businesses unseen or unrecorded on maps of a few years earlier - a window screen factory, a stone carver's, Hobby & Doody's lumber yard. a lard & tallow oil works, sulphur & creosote companies, the Cream of Tartar & Tartaric Acid Works.  Just looking at the map you'll get heady from the fumes.

By 1903 the Belcher Hyde map shows some of the wooden houses between 15th & 12th making way for bigger structures & industrial use.  Iron factories & galvanizing works appear on the avenue.  The area's exploding with activity & the densely-crammed Belcher Hyde map lays out the frenzy on paper.  Its Explanatory, key to the mysteries of road surface, building type, sewer pipes & trolley lines, is a map lover's dream.

I'd love to see more early photographs of Second Avenue, particularly of those houses between 12th & 15th.  The avenue appears all brick warehouse now, and any residential buildings seem to have vanished in the second half of the twentieth century. The only images I've found are from the 30s & 40s, taken by Percy Loomis Sperr, an invaluable guide to the streetscapes of the borough between the wars.  All Sperr photographs are from the NYPL Digital Collections. 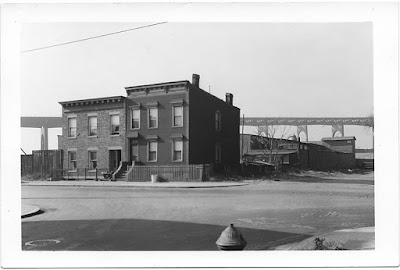 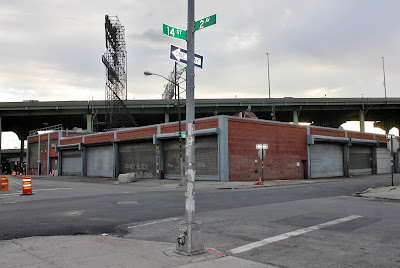 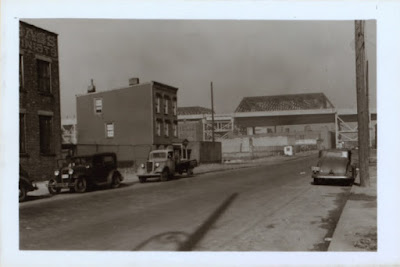 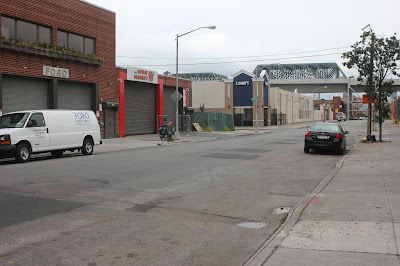 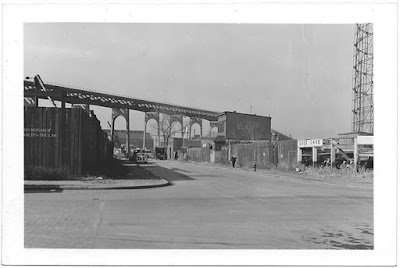 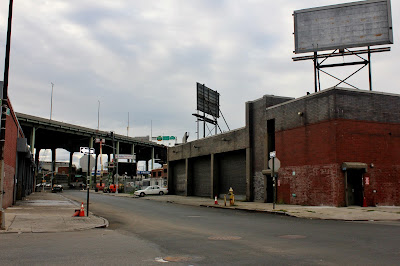 Below, no houses, just an empty lot for sale at Second & 12th.  Here, as in the Sperr picture above, you can see storage structures belonging to the Metropolitan Gas Light Company. 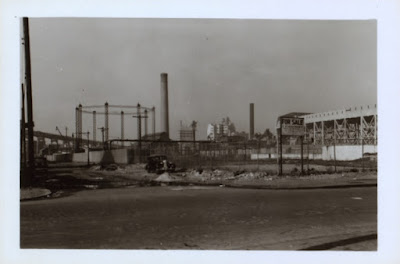 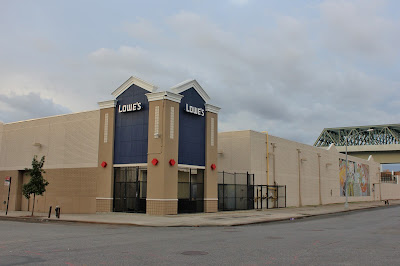 My favorite Sperr picture is of two wooden houses at the NE corner of Second & 14th.  A 1935 streetscape straight out of the nineteenth century.  It's hard to make out, but the (grocery?) store seems to belong to someone by the name of Julius.  I'm assuming 175 - 179 were torn down & replaced by the brick building that stands there now.  The SRB nightclub operated there recently, until its closure last year.  I'm not sure what's taken its place. 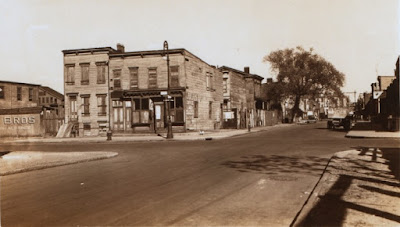 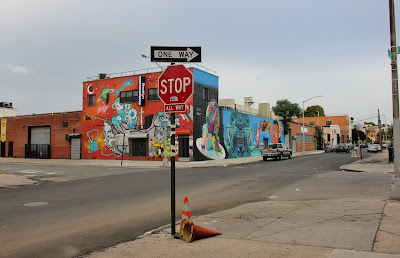 The Sperr picture glances the edge of the building across the street, but it lies in the shadows.
Here it is, below, in 2015. 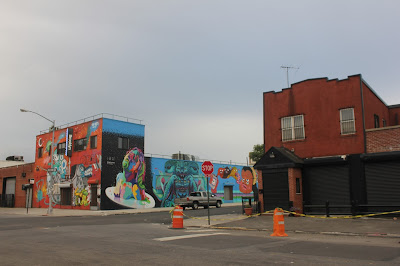 I've walked past 181 countless times, but its brick facade fooled me into taking it for granted.  Could there be another, older structure hidden underneath, one of the first few buildings on this stretch of Second?  As I passed it the other day, I caught a glimpse of the back of the building.  It hinted at a classic cover-up job. 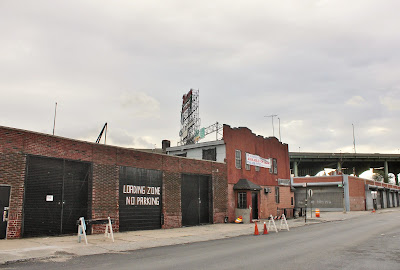 Other things about the building suggest its age. Those doorways on 14th & Second, with the little side windows at the sides of the entrances.  And the placement of the side and rear windows up above. 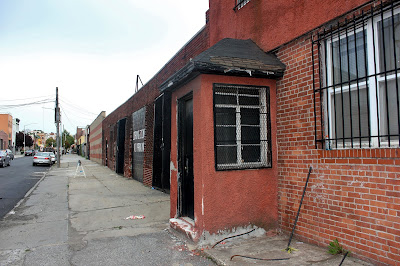 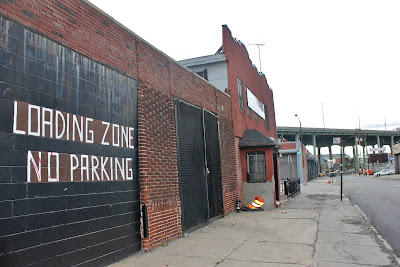 The long-standing business here is Ranieri F & Son Building Supplies, but the property is for now for lease.

Update: Yes!  It is an old wooden house.  More here!


Posted by onemorefoldedsunset at Tuesday, September 15, 2015