Across the Street on 16th II 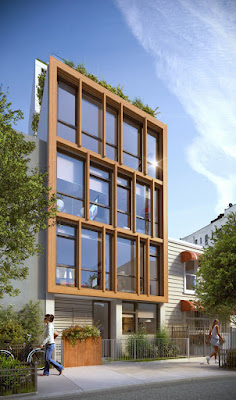 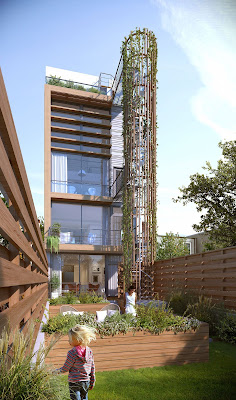 This one's way more stylish & high-end than the standard four-storey-plus-penthouse number plunked down around here.  Hello Boutique 16th (Fourth/Third)!  It will look rather out of context, perhaps, towering over its small, immediate neighbors. Oh, but wait, one of them is gone already, & another is likely to disappear too, leaving just two homes to crouch in its shadows.  Next door, at 98, construction of a three unit building (another Boaz Gilad project) has stalled, with a partial stop-order in place for failure to maintain safety at the site.  98 also sold in 2014, for $780,000. And next door to that one, 100 16th Street, on the market for $889,000, is in contract.  The low-scale streetscape shrinks, lot by lot.  And yes, maybe these houses aren't what you'd call beautiful, but they were homes, and they had stories. With each one that disappears, another piece of the area's working-class history is gone. 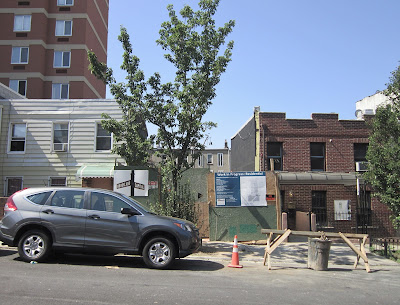 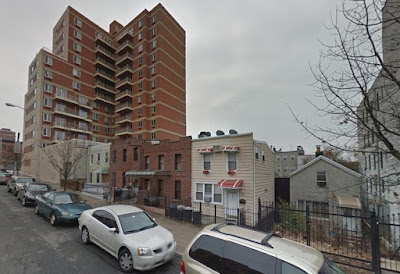 The Google pic above distorts the size of 92 16th.  Even the photograph below appears to magnify its size. Set back on its lot and well below grade, it's likely an early building on the block. 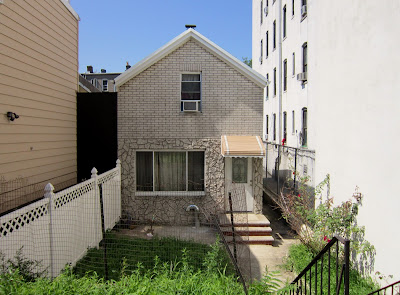 Just this week I struck up a conversation with a 16th St. resident who's lived on this block for almost half a century. She fumed about the loss of affordable housing in the area, about neighbors forced out by rising rents, & elderly owners lured into selling their homes at under-market prices. She felt she'd been sold out by developer & politician alike.

Earlier: Across the street on 16th


Posted by onemorefoldedsunset at Thursday, September 24, 2015