As Fourth Avenue’s construction boom stretches south of the Prospect Expressway in Brooklyn, condos are rising on the neighborhood’s less desirable blocks, closer to the traffic-clogged avenue and further from Green-Wood Cemetery. One such project is in the works at 186 21st Street between Fourth and Fifth Avenues in Greenwood Heights. (NY YIMBY)

Back in June we noted that Sterling Town Equities had bought 186-90 21st Street (two-storey building & adjacent lot) for six million dollars.  Now NY YIMBY reports that permits have been filed for a 26 unit, five storey-building at the site.  13 parking spaces will be included.  Also a part of the development site, apparently, is the small, pitched-roof house at 196, which has not yet closed. 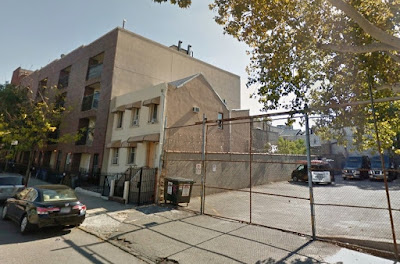 Posted by onemorefoldedsunset at Wednesday, September 02, 2015