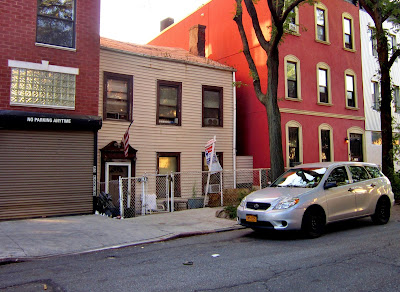 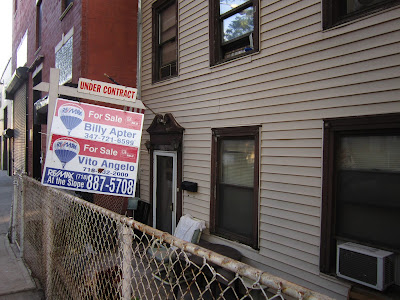 It's the smallest houses that draw my attention. 147 11th went on the market in May of last year, for $2,250,000, and with a switch in realtor, it slid down in price to $899,000.  An In Contract sign was up outside the house for months, and was still there a few days ago. An online realty site lists the fire-damaged property as having sold earlier this month for $999,000, though there's no ACRIS record on file as yet.  The building has had a Full Vacate in place for over a year, though I've noticed lights on inside.  Passing by the house today, I saw a new sign. Looks like it's ready for a flip. 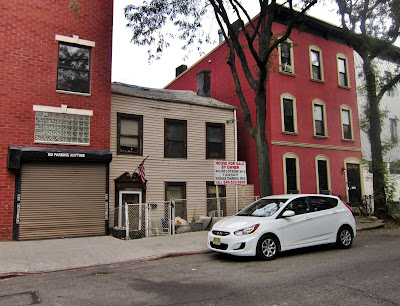 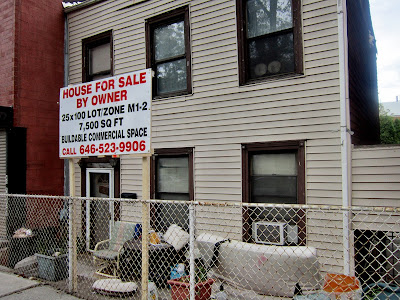 Lewis Hine was just up the block from 147 in 1912, visiting a family of brush makers at 151, but what forgotten moments in the history of 147 are on record?  In 1888, 19 year-old resident Joseph Besosa wins a full scholarship to Cornell , & a few years later, a W.Kane at the same address is recruiting for a children's baseball team. In 1905, a Miss May Cray appears, in a Chronicling America ad, endorsing Peruna, a 18% grain alcohol tonic. 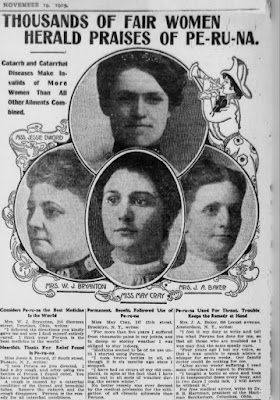 Miss May Cray, 147 11th Street, Brooklyn, N.Y., writes:
For more than five years I suffered from rheumatic pain in my joints, and in damp or stormy weather I was obliged to stay indoors.
Medicine seemed to be of no use until I started using Peruna. I took twelve bottles in all, although it is six months ago since I stopped.
I have had no return of my old complaint, in spite of the fact that I have been out in all kinds of weather during the severe winter.

And what a delight, there's Miss Cray herself, surrounded by her fair companions.  Watch her for a second, before she fades quietly back from view.


Posted by onemorefoldedsunset at Monday, September 28, 2015