Farewell to the Villa Lillian Long 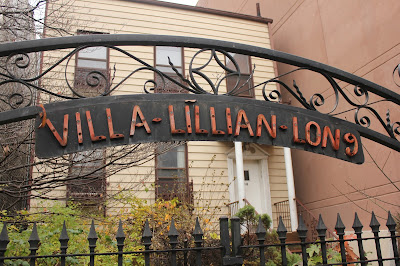 Rumors had been swirling for a while that the Villa Lillian Long, AKA 316 12th street, was not much longer for this world.  Today a record on the DOB site confirmed its impending demolition. 316, a free-standing frame house, has been on 12th at least since the 1870s, though I don't know the actual date of its construction.  In recent years five new apartment buildings (condos all) have appeared on 12th, and it's likely that another slab of a building (the ubiquitous four-story-plus-penthouse) will replace 316.

I first met Lilian almost thirty years ago, but I haven't seen her for years. By the last time I saw her - eight or nine years ago? - she must have been well into her seventies.  She lived in Harlem, but came down to visit her various Brooklyn properties regularly.  316 isn't hers by now, it seems, and records of ownership paint a confusing picture, but those that knew her still think of it as Lillian's place.  The sign out front - a big, grand, late-in-the-day gesture of pride - says it all.

When Lillian swung by, she was usually dressed for hands-on work, in worn jeans & plaid shirts. You'd likely find her tackling rugged gardening tasks, or working on house construction projects. She showed me around the inside of 316 once, and pointed out some updates she had made. Lilian was tough.  She told me her body still bore bullets from a former husband's gun. She warned me about things.  She had stories to tell, and was possessed of a sharp-eyed, sceptical sense of humor. 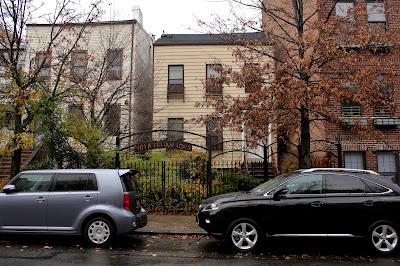 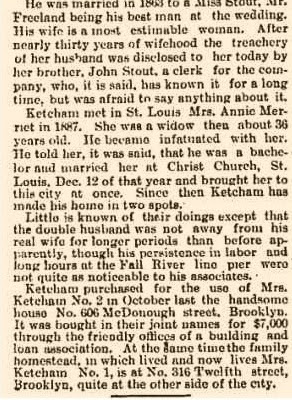 Update - 12/7/15
As expected, plans for a 4 STORY 4 FAMILY WITH CELLAR AND BASEMENT have now been filed.  The architect is Infocus.  You can check out the Infocus portfolio here .  It includes 315 12th Street (directly across the street) and a number of other buildings developed by LLCs sharing the same Williamsburg address.


Posted by onemorefoldedsunset at Thursday, December 03, 2015