New Fitness for Old: Crunch Jumps into the Mix 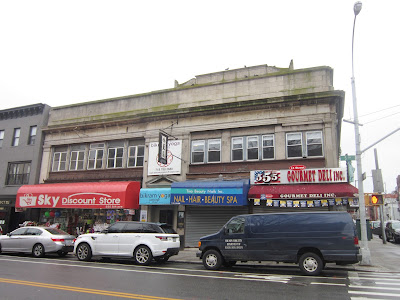 If there's one thing we can't seem to get enough of round here it's fitness facilities. Damn it, we must get leaner & stronger! Fortunately our prayers continue to be answered, as another gym chain is headed our way.  This time it's a Crunch, coming in sometime soon at 555 Fifth (15th Street), and it's actually replacing smaller fitness businesses. The corner building, which most recently has housed 555 Deli, the Bikram yoga studio, Tina Beauty Nails & Sky Discount Store, and the Aikido of Park Slope, was sold in October to Fifth & Fifteenth LLC (c/o Botsaris Morris Realty Group) for $5,250,000, & an agreement has been settled with Crunch LLC.  Plans have been approved for a "commercial white box interior renovation." The 555 deli and the nail salon are shuttered, though Sky is still open for now.  The Aikido is reopening at 630 Sackett Street on January 8, and the Bikram studio will be closed by the end of the year.  555 Fifth also used to house a no-frills bodybuilding gym, which closed in the summer of 2011.  On a bodybuilding message board, comments refer to the alleged lurid history of an earlier owner, but it seems to have had a serious reputation in the bodybuilding world - "a badass gyn for getting work done." 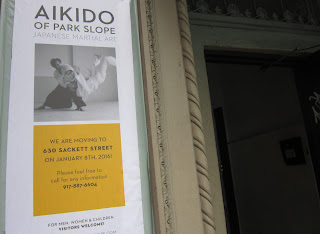 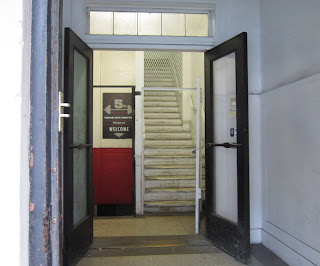 The new arrivals are distinctly more generic, and arrive in an area with no shortage of studios already in place. Last month we learned that an iloveKickBoxing chain was coming in right across the avenue at 540 Fifth, adding to the martial arts studios and gyms already in the vicinity (Amerikick, Brazilian Jiu-Jitsu, United Tae Kwan Do, Harbor Fitness), along with a couple of nearby YMCAs, and a budget-boasting Retro Fitness studio newly arrived next to the now-closed 12th Street Pathmark.

If anyone can give me any information about 555's early history I'd be delighted to share it. 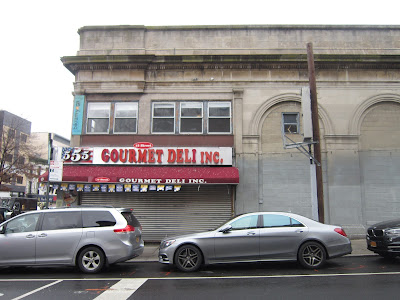 Posted by onemorefoldedsunset at Tuesday, December 15, 2015

ANY RECENT WORD ON THIS?

Not since the spring. The building is still being renovated, and For Lease signs for the retail spaces are still up.