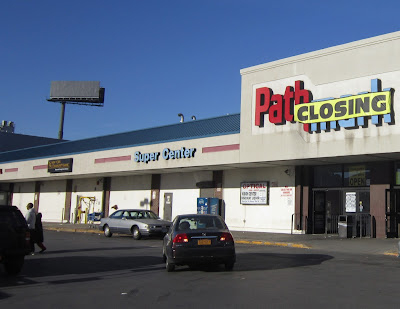 In late August I learned about the impending closure of the Gowanus Pathmark supermarket.  With A&P filing for bankruptcy the leases of all of its holdings, including the Pathmark chain, were to be auctioned off. While many of the auctioned stores will remain as grocery stores, the 12th St. Pathmark has not been so lucky.  A mystery company, Manichevitz Holdings LLC, put in a bid of $6.3 million, and even though it was pretty clear from the start that the company had little intention of replacing Pathmark with another supermarket, the bid was accepted.  Despite the appeal of the Hamilton Plaza owner, who wanted to keep a supermarket on site, the bankruptcy judge,  Judge Robert D. Drain, approved the sale.  According to DNAinfo, the company acquiring the Gowanus lease (along with another Pathmark store in Borough Park), under the Manichevitz name, is real estate development company Joyland LLC.  Joyland managing member, Joel Wertzberger, told DNAinfo that the company was looking at offers from prospective tenants, including a shipping company, "an international clothing brand," and a wedding hall company, but later suggested that a replacement supermarket was still a possibility. Possible, but unlikely, I'd guess. 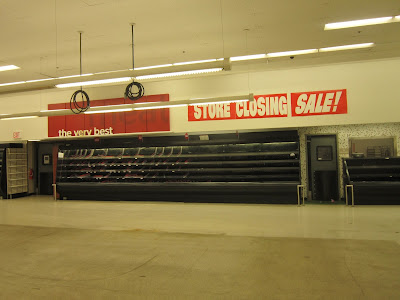 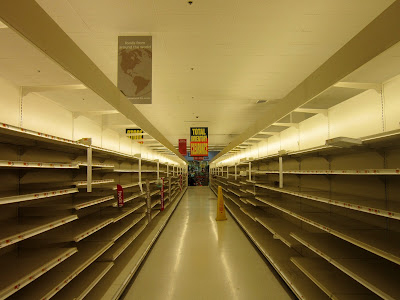 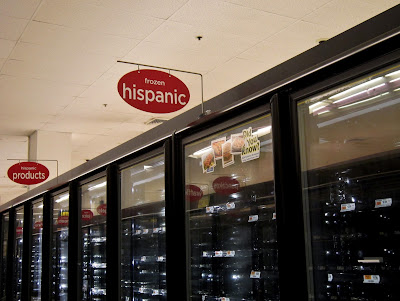 When I learned that the 12th Street Pathmark was closing this weekend, I walked down yesterday for a final look around.  No Joyland here.  The place was almost empty of its inventory, and half of the aisles were cordoned off with yellow tape.  Remaining items were grouped together on shelves and tables closest to the registers.  A sorry miscellany of random, mismatched goods huddled together awkwardly - bottles of hair dye next to coffee cans, packets of cassava crackers resting on teething rings.  The best was long gone, it seemed, but at 70% to 80% off there were still buyers, loading shopping carts with pasta, cookies, condiments.  This was no Whole Foods.  Here budgets were carefully counted out in dollars and cents.
As I waited in line to pay for my purchases, the guy behind me, whose apron identified him as an employee, was joking around, gallows humor-style, with other workers.  "What do we do with the uniforms tomorrow? Throw them in the trash or burn them?"  Soon I was chatting with him too.  As a part-time employee, ready to retire in a couple of years, he wasn't too worried on his own behalf about the store's closure.  But what about the others, he said.  What about the minimum wage checkout clerks?  What about the butchers, who'd worked there for years, and were earning upwards of thirty dollars an hour?  How would they support their families now?  The promise of severance pay had been withdrawn, though the company top brass had lined their own pockets with fat, farewell checks.  Beyond the issue of a supermarket closure , he felt the pressure of a bigger, failed system, with citizens disregarded, duped or distracted.  He wished more people would speak up, protest, just do something. 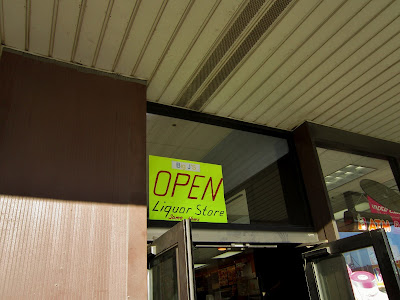 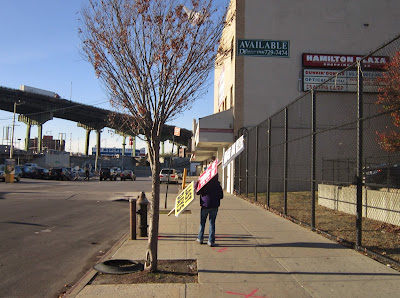 Posted by onemorefoldedsunset at Sunday, November 22, 2015

Thank you for covering this story (and many others in the neighborhood - love this blog!). I've shopped here for years with my wife and retired mother-in-law (total pro, masterful use of coupons/discount strategies), and we stopped in yesterday for one last time. Felt like a grocery stoop sale: little thrills for finding items we could use, at steep discounts, but melancholic too that the closing was finally here. The cashier we spoke with was remarkably upbeat and positive in the face of the situation, and I wish the best for him and the other employees. Seems sadly typical these days in corporate america that the executives who drove the company into the ground get their golden parachutes but the people who actually did the work get nothing. Here's hoping that things work out with another supermarket chain....

Thanks! I appreciate your kind words, and thank you for reading the blog.