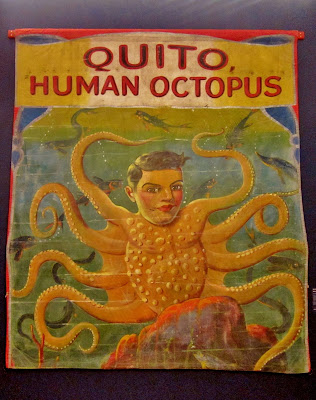 I always feel like a bit of a jerk taking pictures at an exhibition, especially when it's crowded, and anyway, I only had a little camera with me.  So just a few, quick, surreptitious shots.  The Brooklyn Museum show, Coney Island: Visions of an American Dreamland, 1861 - 2008 , which opened on Friday, is an intoxication.  It summons up a myriad of mixed emotions & desires: wonder, nostalgia, the urge to escape to a world beyond the stale rituals of convention.  Coney, the very capital of an old, alternate New York City. 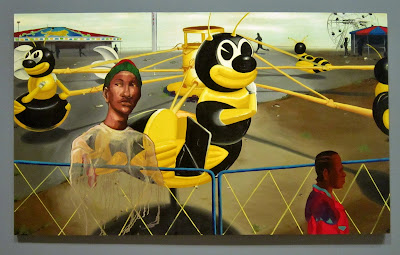 
I'd like to go back to see the show on a weekday, when the galleries are quiet, but the Sunday crowd was a good one, moved to gasps of recognition and sighs of pleasure at the sight of bygone sideshows, long-departed rides, and the endless tide of bathers - generation upon generation - drawn to the crowded or deserted sands. Every one of us could find a picture or a painting that best represents the Coney Island of our own, perfect memories, or another, from an era beyond our own, that calls to us with all the illogical allure of a half-recalled dream.  Who needs reality? 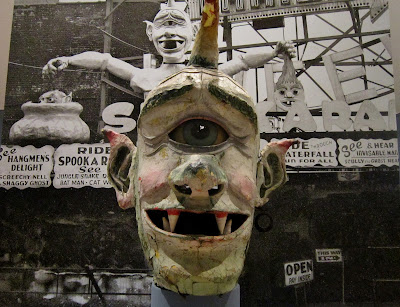 
Posted by onemorefoldedsunset at Monday, November 23, 2015