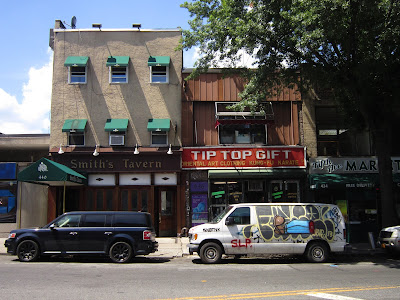 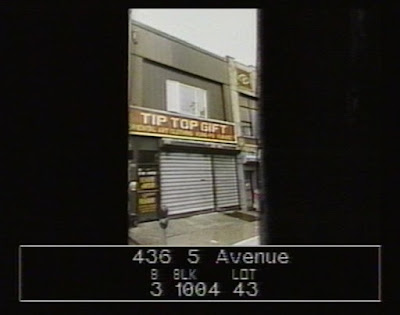 
Over the last several months there have been clearance sale signs in the window, though at first the sales were only for select merchandise.  By now, everything's cut-price, and the stock is visibly shrinking.  Tip Top Gift, the martial arts & military goods store, is likely closing soon, and the reason's a typical one - a rent hike.  Tip Top has been around since 1981, and its storefront has that vintage 70s/80s style.  It's -ip Top today.  There were stores like this all over the city once, full of self-defense weaponry, army fatigues, military insignia & t-shirts - the latter emblazoned with 60s, 70s, 80s bands, or surly, jokey profanities.   A guy's kind of a store, mostly. Situated right next to Smith's Tavern, and two businesses up from 9th, it had the perfect spot.  I love the intersection of 9th & Fifth, a crossroads locus for shopping, transit, preaching and panhandling. The bar, the diners, the bargain stores. It still bears traces of its grittier past.
Just a few weeks ago, I was thinking about the Tip Top block's unusual share of older businesses, but most of these, like Smith's, or Square Stores, own their own buildings.  Tip Top, and the Record & Tape Center, across Fifth, are not so lucky.  The record store has been present on Fifth for fifty years, and at its current location since 1971.  Since the end of its last lease it's been month-to-month. 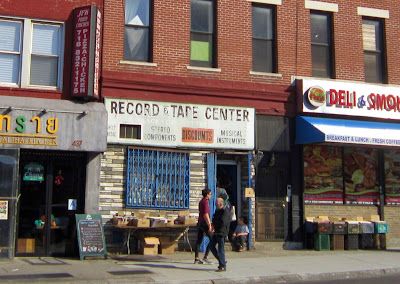 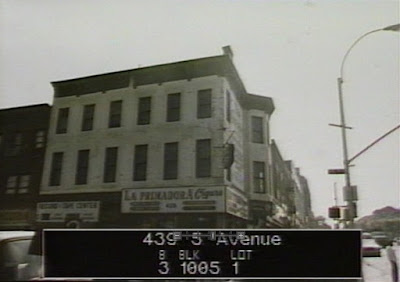 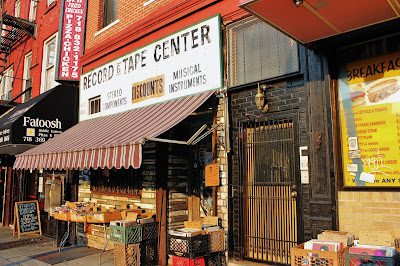 Earlier:
Still Firmly in Place
No More Music at the Corner
Not Just Yet
Yesterday
Continuity

There's an Ideal realty listing for a commercial space right around Tip Top. The address isn't specified, but the store's there in the photograph. $12,500 per month.

Posted by onemorefoldedsunset at Saturday, November 28, 2015