Why (and when) is the Queens-bound F train skipping the Fourth Avenue station?  I'm pretty sure there were service notices about this in recent weeks, but right now there's not a sign to be seen. Twice over the past few days, I've found myself watching a succession of F trains chugging through the station on the central tracks. If a train could give the finger, the bypassing F would be doing so. Yesterday, sick of waiting with a rapidly growing platform crowd, I ran down to the token booth to see what was going on. The friendly lady in the booth was surprised.

"Oh, they didn't put any notices up or make any announcements?"

Well, no.  A notice would be very helpful.  Service announcements at the station, and on the MTA website, would be pretty useful too.  I'm guessing the trains are going skipping Fourth at off-peak hours only, but there are NO SIGNS. Anyway, if you find yourself effed at the station, take the G to Smith & 9th & transfer from there.

While we're at the Fourth station, how are those subway renovations coming along? In February, the MTA announced that "it hoped to be finished with general construction by mid-March, weather permitting."  Hoping is all well and good, but as autumn rolls along, there's still work to be done.  In December, the windows on the northern side of the station archway were uncovered, bringing commuters a brighter, cleaner, and bigger platform space.  We didn't get the views we wanted, but it still looked pretty nice.  No such luck on the southern side of the archway.  The windows are still boarded up, an exit is still blocked, and work seems to been ground to a halt.  And how about the subway entrance on the western side?  I'm perfectly content with its mildly grungy looks (still the lottery ticket sign at the empty newsstand booth, still the puddles forming at the entrance when it rains) but surprised it hasn't got any attention.  I'll admit that much of the work at the station has been completed, but really, what a sad, piecemeal sort of effort this renovation's been.

Four years on, as deadlines have come and gone, we're still waiting. 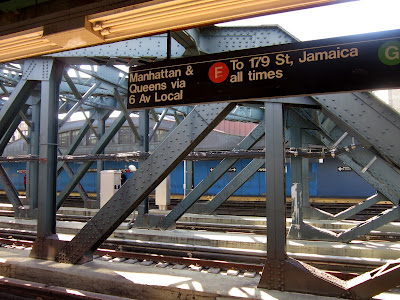 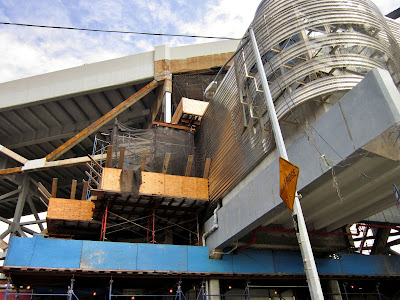 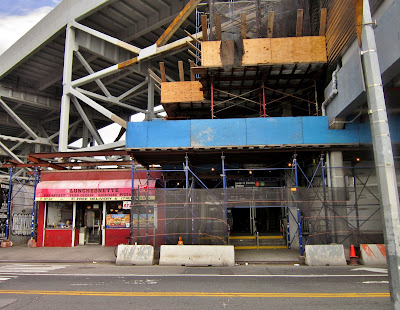 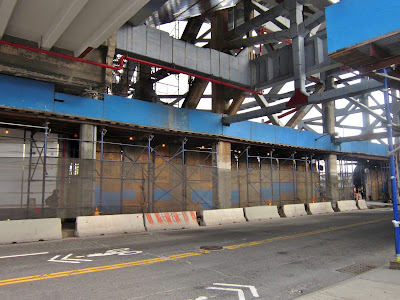 Posted by onemorefoldedsunset at Wednesday, October 14, 2015