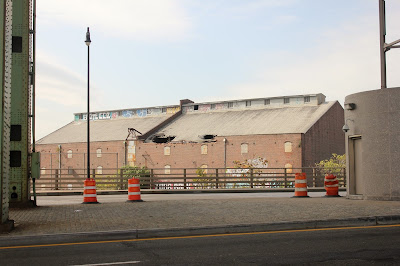 Natural Gas Not the Cause of Deadly Brooklyn Explosion, Officials Say (NY Times)
Man, 21, critical, after being struck by car while crossing street mid-block in Brooklyn (Daily News)
The man was walking across a three-lane portion of Third Ave. near 22nd St. in Sunset Park with another man when he was hit by a green sedan in the center lane around 3:30 p.m., witnesses and police said.
Greenwood Cemetery Landmark Designation Has Mixed Support (NY YIMBY)
The Historic Districts Council’s Cinnia Finfer suggested that designating some structures at the cemetery, such as the chapel, would be a better plan...
...The New York Landmarks Conservancy’s Andrea Goldman agreed that the chapel, built in 1911, and the Hamilton Parkway gatehouse, dating back to about 1876, should be landmarked.  This sentiment was echoed by tour guide Henry Matthews and Mark Hendricks of the Municipal Art Society.
From this point, the commission will hold public meetings, at which time it will consider either prioritizing designation for some items by December 2016, removing items from the calendar by voting not to designate, or removing items from the calendar by issuing a no action letter.
In a Brooklyn Chinatown, One Chance to get the Shot - Yunghi Kim's beautiful photographs, taken in Sunset Park (NY Times)
Boo-zers, Murders and a Ghost Box: The Brooklyn Paranormal Society "Investigates" Prospect Park (South Slope News)
As the team organized their (low-fi) equipment, boo-zers began to ask Cecil questions about being a psychic. Cecil was very clear when she began to explain the variety of psychics, including clairvoyance (clear seeing, or psychic vision), clairaudience (clear hearing, or psychic hearing), and clairalience (clear smelling or psychic smelling, sometimes also called clairscent).
“How does being a psychic affect your daily life? Does it happen when you’re in Chipotle?” asked a boo-zer.

Posted by onemorefoldedsunset at Friday, October 09, 2015