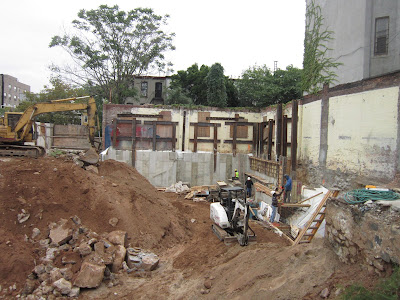 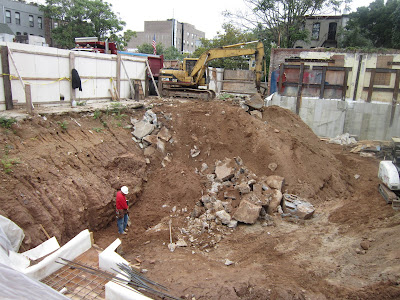 Here's the scene at 203 9th Street, where a five-storey apartment building is set to rise. Permits were approved last December for an alteration, with less than 50% of the existing building to be demolished, and work to be performed in less than 50% of the building.  Without a demo permit in place, & without conforming to plans, everything except for two walls was torn down. $30,000 plus in fines due, three open violations.  Work continues. 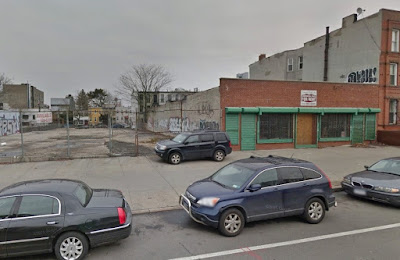 
While we're on the topic of shoddy building practices, let's take another look at 657-665 Fifth Avenue.  Just as they were last time we looked (August), the stop orders issued in March are still in effect, and remain unposted .  We're guessing some major financial glitch is keeping this "game changer" project stalled.  The only action here right now is an accumulation of garbage collecting on the sidewalk.  An ECB ticket was issued today. 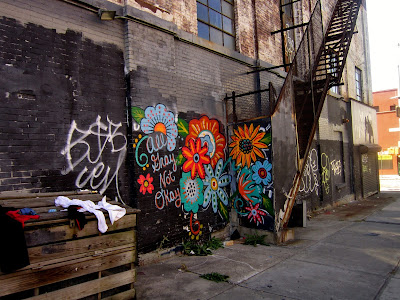 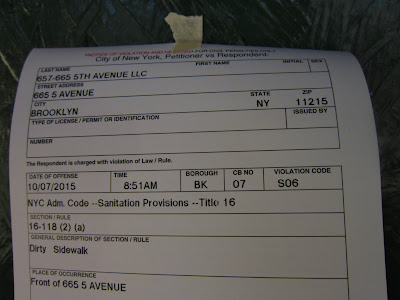 Posted by onemorefoldedsunset at Wednesday, October 07, 2015