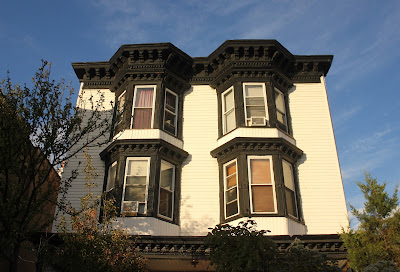 Just up the street from 203 9th Street, where work is under way for a new five-storey building, plans have been filed for a new, mixed-use medical office/apartment building.  If approved, the building, a seven-storey, thirteen-unit building, will replace a large freestanding frame at 217. The developer is Praim Singh, & the architectural firm will be South Slope-based Peter Gee.

Above Third Avenue, the blocks of 9th leading up to the park are broad and stately.  The blocks between Third and Fifth once contained a number of large, freestanding wooden houses, but today only two remain - 217 (for now), and Second Empire 271, the William B. Croynyn House, which was later occupied by the owner of the Higgins Ink Factory.  Today  271 is a music school and private home, famous in the neighborhood for its bright blue exterior. When I first moved here, there was another imposing Second Empire beauty at 225, but it was demolished in the late 80s.  You can see it, at left, in this Sperr (who else?) photograph of Third/Fourth, taken in 1930.  You can also get a partial view of 217, cut off at the edge of the picture. 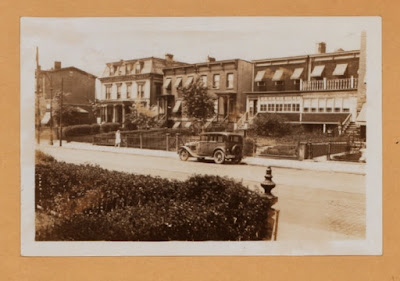 217 and 225 both appear on the 1880 Bromley map of Brooklyn, along with another large wooden house in between the two. The other houses seen in the Sperr picture above 225 are also shown on the 1880 map, and remain on the block today. 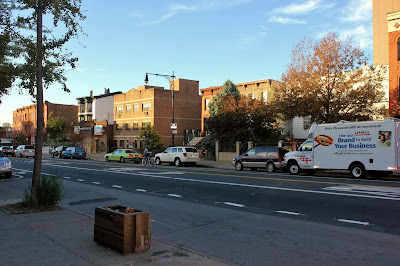 217 was at one time headquarters to the Federal Republican Club of the 8th Assembly District, formed in 1872 by Union army survivors of the Civil War.  The building last changed hands almost twenty years ago, and is being developed by its longtime owner. According to a story in The Daily News, in 2010 Mr. Singh and his wife, Thackoordai, were indicted on fraud charges.

In recent years, Mr. Singh appears to have sold at least some of his many properties. 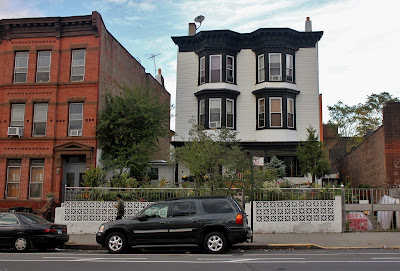 Posted by onemorefoldedsunset at Thursday, October 15, 2015