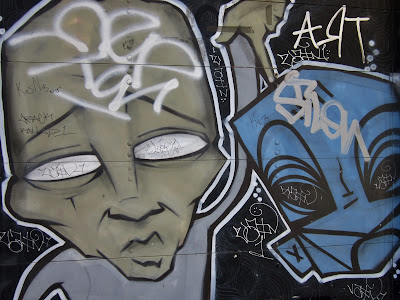 Gowanus Cleanup Faces Delay if City Doesn't Close Park, EPA Says (DNAinfo)
GOWANUS — The long-awaited cleanup of the Gowanus Canal could be delayed by at least a year and a half if the city doesn't follow the U.S. Environmental Protection Agency's recommendation to dig up a public pool and install a sewage tank underneath, EPA officials charged Monday.
The delay could be avoided if the city agrees to build the tank at the "Double D" pool and Thomas Greene Park, EPA Region 2 Superfund Director Walter Mugdan told Community Board 6 members.

More than 300 members of Brooklyn’s glittery literati packed into the>recently-restored Park Slope library branch for the award ceremony and fund-raising party.
A bar behind the usual information desk dispensed drinks with literary names, including “The Dorothy Parker,” made with New York Distilling Company’s Dorothy Parker gin, and “The Carnegie,” a vodka and cider concoction named for the patron of the library system.
Another bar in the juvenile fiction area passed out beer and wine just steps from shelves filled with titles like “The Galactic Hot Dog” and “Ninja Librarians,” which attendees said offered a particularly cheeky thrill.

Whatever you think of the Park Slope hoop-la, the prizewinning books look like interesting reading: Preparation for the Next Life, by Atticus Lish (on my bookshelf, but not yet read), and The Edge Becomes the Center: An Oral History of Gentrification in the 21st Century, by D.W. Gibson.  I know nothing about the Gibson book, but the choice is a touch ironic, given the development-boostering activities of non-librarian BPL President Linda Johnson...


Posted by onemorefoldedsunset at Tuesday, October 27, 2015