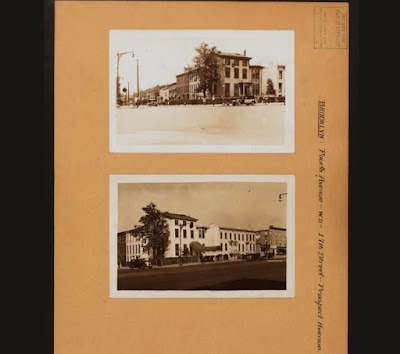 The Samaritan Hospital, founded in 1906, once stood at the corner of 17th & Fourth Avenue. The top picture (above) shows the hospital in 1930, and the one underneath shows it after renovations three years later.  The hospital, which operated as a non-sectarian institution, originated as a dispensary held in the basement of the Fifteenth Street Baptist Church (also at Fourth, where condo construction is currently stalled), and later moved to the "large, old-fashioned private residence" at 17th.

An Eagle article of 1923 refers to an urgent need to expand the premises, given the severe shortage of hospital beds in the densely populated area.  Local residents - "a large portion of Brooklyn's poorer classes" - were under-served. Plans for a new, six-story building included space for new beds & operating rooms - "the most modern of scientific equipment known to science," roof promenades, sun parlors, and even a direct entrance to the subway.  From the appearance of the building in the 1933 photograph it looks as though these plans were scaled back considerably.  In 1924, the Samaritan Hospital bought the Skane Sanatorium, on President Street between Sixth & Seventh, Though there were plans at the time to dispose of its Fourth Avenue property, the hospital stayed put until 1941, with the President Street hospital operating as the Skane Division until the merger. The Fourth Avenue building was razed after the move north, presumably a victim of expressway construction.  Although a hospital clinic was set to remain behind, on 17th Street, it was destroyed by fire two days after the hospital's move.  A new wing was added to the President Street buildings in 1942.

The Samaritan Hospital survived for several decades longer, and was "evaluated" by New York Magazine in 1973 (see below).  It was converted into co-ops in the 1980's. 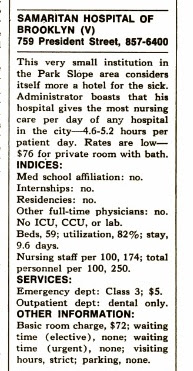 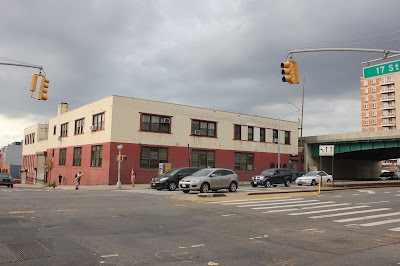 Posted by onemorefoldedsunset at Thursday, August 11, 2016

I was born here 1952. Any way I could obtain record of birth?

Hi Rebel,
I just got my mom's birth certificate from here by finding her birth record number via Ancestry.com. You can request it by NYC Dept of Health records department. They use a service called Vital Link to access those records.
Good luck,
Dave M