The Park Slope branch of money transfer service La Nacional, at 561 Fifth, which was recently damaged by fire, is moving (temporarily?) down Fifth into Judy Unisex (13th/14th), a couple of blocks down the avenue. 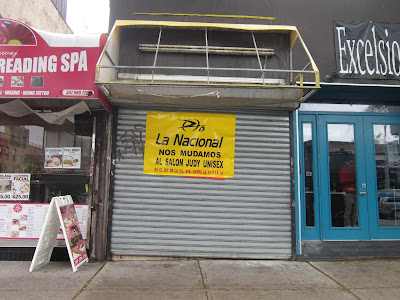 One block south of Judy Unisex, it looks like the empty retail space at 511, where plans for a Cristofer Bear Advanced Learning Center fell through, has been taken by another child-related business, the Spanish immersion Juguemos a Cantar, which will be opening an afterschool center. Juguemos a Cantar has been in the neighborhood for fifteen years, & currently operates at Sixth & 10th. 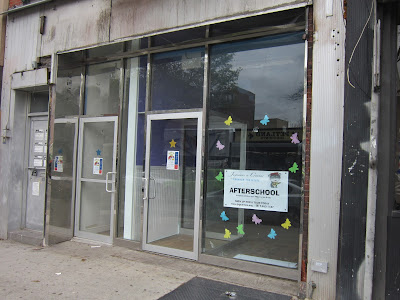 On Seventh Avenue, restaurant Thistle Hill Tavern is on the market for a not inconsiderable $1,500,000.  No word on why it's for sale.  Thistle Hill opened in 2010 with a bit of a buzz, & today it's owned by the same partnership that runs Talde & Pork Slope.  The current menu looks rather more basic than in its early days.

Posted by onemorefoldedsunset at Sunday, May 08, 2016