At a time when the city's iconic fire escapes are endangered, here's a surprise.  A new one has appeared at 390 Fifth Avenue (6th/7th), part of a vertical & horizontal enlargement of the building. As there's a new sprinkler system in the building, I'm surprised there's a new fire escape as well.  In fact, I'd read that  a variance was needed for an escape on an altered building built prior to 1968. Whatever the permit situation, & whatever the dubious aesthetic merits of the new construction, isn't it nice to see that iron tribute to the city's architectural history? 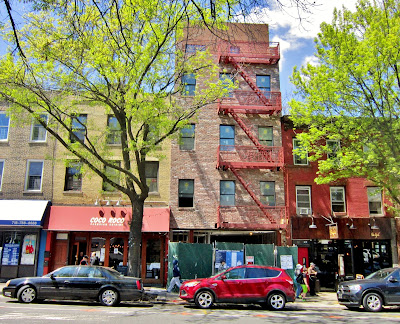 Posted by onemorefoldedsunset at Tuesday, May 03, 2016