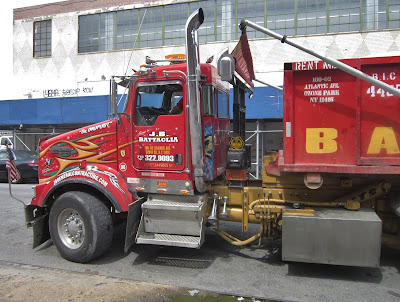 The King of Bars - Jimmy's Corner: More (much more) than one of the last great dive bars in Times Square (Pix 11)

It's that Green-Wood clown.  Artist behind Donald Trump Gravestone in Central Park Steps Forward (NY Times)
Mr. Whiteley is no stranger to discomfiting and absurd work; he has masqueraded as Bigfoot, staged a piece involving a naked man on a crucifix surrounded by balloons, and marched through Green-Wood Cemetery dressed as a clown. But this experience may have changed him.
“I’ve been literally terrified for about a month,” he said. 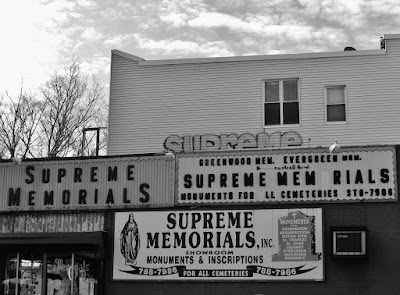 Posted by onemorefoldedsunset at Wednesday, May 11, 2016