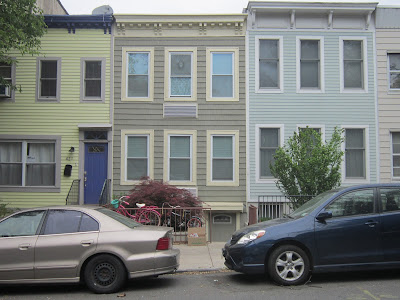 429 11th is on the market for a dollar shy of two million (more pics here). It's around 14 feet wide, and was originally about 20 feet deep on a short lot, though it's been extended. It was last sold in 2011, and seems to have had a rather lively renovation past.  This is the mayoral block, where another small (brick) house was pushed up and out & flipped for four million earlier this year.  Farther south, renovated houses at 16th (a wooden two-family, right across from the Leaning Tower of Webster Place)) & Sixth (steel facaded one-family plus guest house) ask in the mid-$3M range. We seem to have wandered into Wonderland. 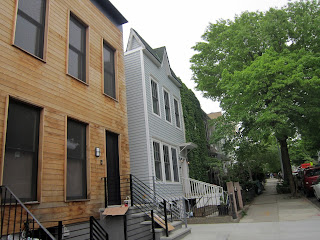 Remember 429 11th five years ago?   A quintessential little old-time house, frozen in 50s asphalt siding & aluminum shutters.  Neglected and empty, & flanked by renovated neighbors, the house was guarded by Our Lady & attendant smaller figures.  I tried to cajole the workers at the site to let me take or buy one, but had no luck. 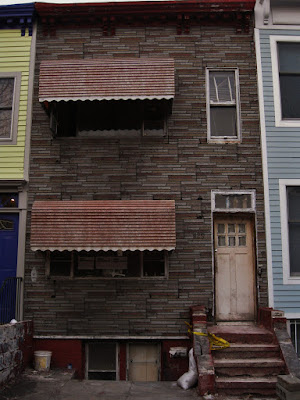 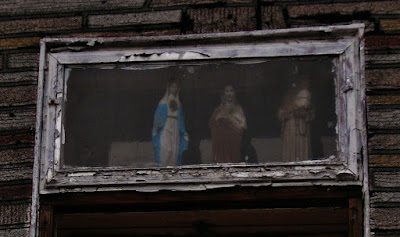 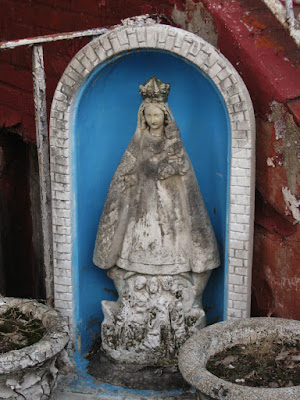 Posted by onemorefoldedsunset at Wednesday, May 18, 2016