The retail space at 438 Sixth Avenue, which was last occupied by Bright Kids ("America's Premier Tutoring Company") is up for rent, and a notice in the window is soliciting suggestions.  In the 80's the store still had a sign up top for a a grocery of some kind, which promised ices and "Fancy Sandwiches."  It had closed by the time I first saw it, and I've often wondered just what constituted fancy on Sixth back then. 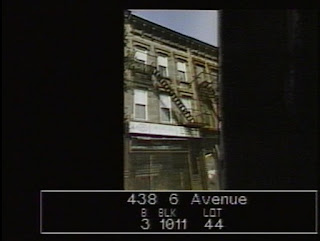 The 80s tax photo of 438 gives us the usual hazy image & the sign, like the sandwich, remains out of reach.


Posted by onemorefoldedsunset at Thursday, May 19, 2016