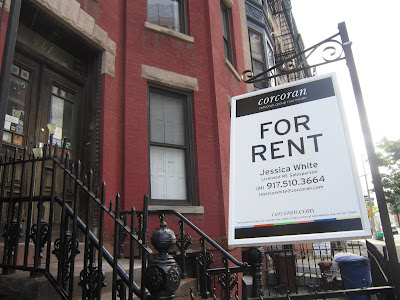 Corcoran's renting out 461 Fourth now.  It doesn't look much different from the front.  Some of the Vietnam Vet stickers on the door are still there, though the picture of a gun barrel staring you down appears to have been removed.  Were War is not the Answer & No Farm No Food always there?  I don't recall them in earlier days.  No permits have been filed for fixing the building, so it sounds like some quick cosmetic fixes were made.  Complaints were made of an illegal conversion in '14. 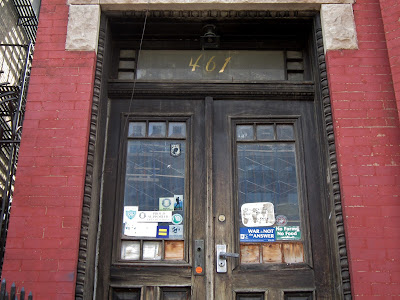 The ACRIS records don't reveal the names of new owners, but the sums floating around at the site over the last several years are surprisingly small.  A storekeeper claimed that the elderly man who last lived here needed an operation, and got paid a couple of hundred thousand to leave.   I spoke to him occasionally, and he was almost friendly from time to time.  Every so often he'd sell stuff, though he wasn't exactly the ideal vendor. Back in '13 it looked like a moving out sale was in progress, though he stayed a while longer.

Once, at 6:30 in the morning, he screamed blue murder down the avenue until I took one of his greasy-paged magazines.  The other day he was hawking his wares with such futile hostility I was half-saddened and half-cheered by his fuck-you lack of servility.

Just recently, a Stars & Stripes was hung from the railing, along with a Veterans flag draped over the front door.  There's also a small new bar sign up on the wall, with a bottle pouring into a glass.  The yard is developing all the appearance of a wartime bunker.  It looks like one hell of a last stand. (2013)

Corcoran is listing a two-bedroom for $3,195 (Guarantors OK) 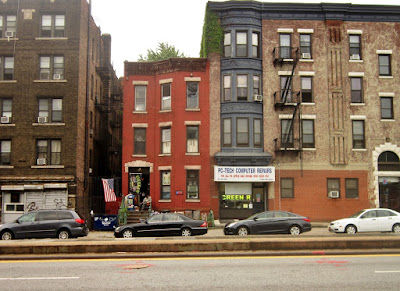 
Posted by onemorefoldedsunset at Thursday, May 12, 2016