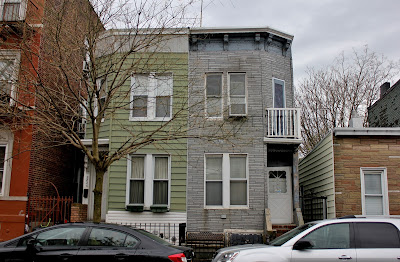 I like passing by these twins on 19th (Fifth/Sixth).  It's always interesting to see how wooden houses get modified over the years, in this case with a cornice covered up on one, and a balcony added on the other.  Two eras of facade are represented here as well.  This pair first appears on a map in 1888, though a similar style of housing, lower down the block, is already there in 1886. 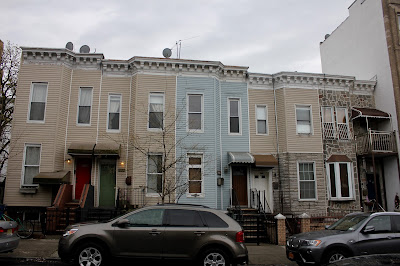 Looks like the same builder was at work here.  A wooden church is shown on the block in 1888, and is identified in 1903 as Scandinavian.  St. Nicholas Ukrainian Catholic Church, standing on the same site today, took over from the earlier congregation & was founded in 1916.
Farther down the block, at the corner of Fifth, the Frost furniture warehouse, still in SWO hiatus, is marked on a 1903 map as Gustave Hartung's furniture & carpet business. 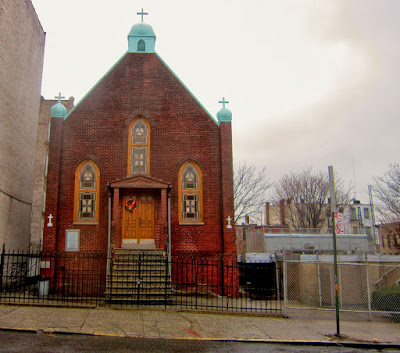 Santa on the balcony, a couple of years back.  He's looking good up there. 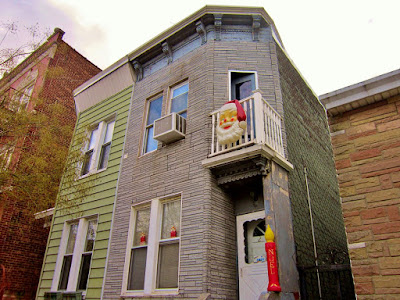 Posted by onemorefoldedsunset at Friday, April 15, 2016