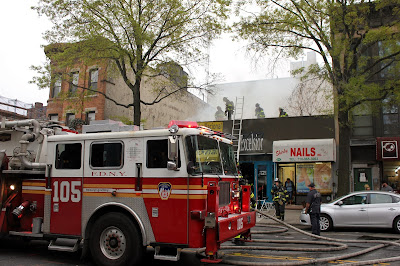 7:00 p.m. A fire that broke out this evening at 561 Fifth Avenue (home to La Nacional & next door to recently relocated bar Excelsior) appears to be under control. When I arrived, at a little after six, firemen were working at extinguishing fire in the roof of 561.  561, 563, & 563A (Shirly Nails) share the same structure, so clearly the other two businesses will be also affected, particularly Excelsior. The businesses on the other side of 561, Rawaj Eyebrow Threading Spa & Jake's Handcrafted, are in a separate building & did not look to be as seriously impacted.  By the time I left smoke was no longer apparent from outside, but fireman were still on the roof.  There appeared to be no injuries. 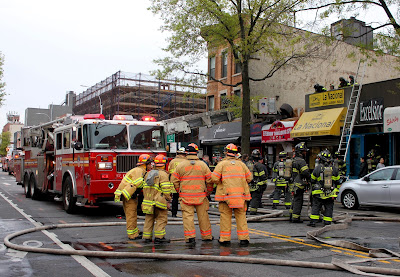 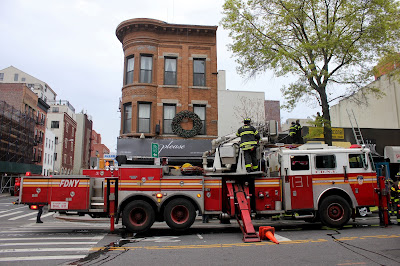 5/29 An update today from Park Slope Stoop.  La Nacional was shuttered when I walked by this evening while Rawaj & Excelsior were back open.


Posted by onemorefoldedsunset at Thursday, April 28, 2016