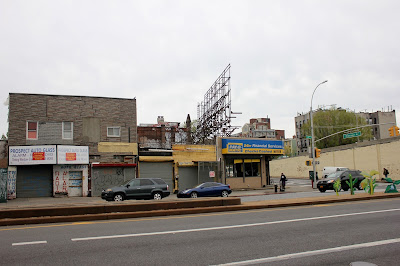 A wasted billboard opportunity.  A couple of crusties with requisite pitbulls were trying (unsuccessfully) to hitch a ride on Prospect as I passed by.

Last August the Real Deal reported that the Daten Group were in contract to buy a group of adjacent properties at Fourth & Prospect from the Rabsky Group.  Rabsky purchased the properties earlier in the year for $15.4 million, & was set to flip them for $24 million.  With Daten's purchase, plans for development were to switch from rental to condo, with architects Kutnicki Bernstein to replace Karl Fischer.  According to The Real Deal, Daten planned to begin demolition "in the next two months."

Summer, fall & winter passed, and the properties at 575-81 Fourth & 189-195 Prospect, purchased by Daten with demolition already approved, are still standing.  Construction plans filed by Rabsky were never approved, and no new plans have been been filed by Daten.  A release of mortgage filed last month may bring some action. 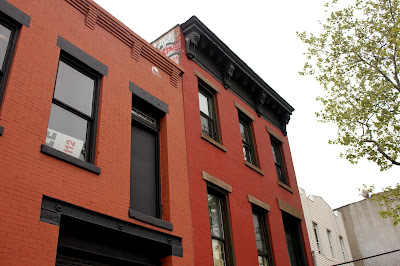 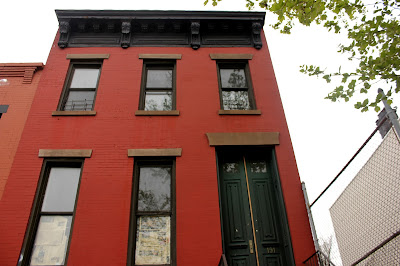 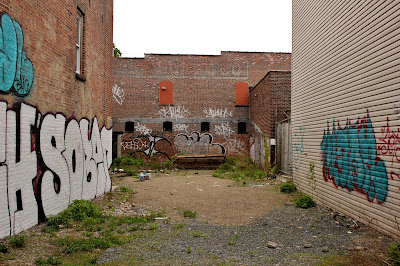 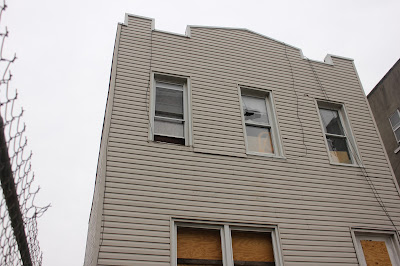 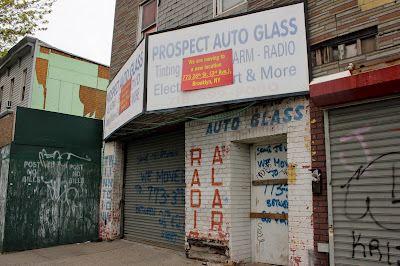 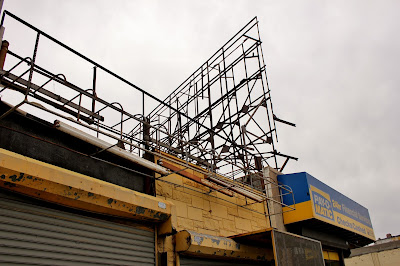 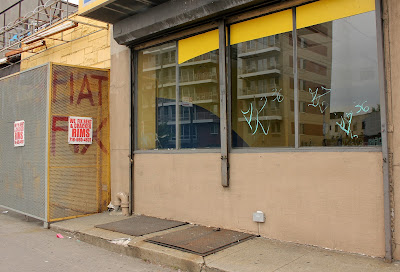 So many of our city landscapes seem to exist in limbo.  The leveled lots, the closed stores, the vacant houses, doors ajar, posted with rodent bait & demolition signs.  Buildings half-demolished, or buildings half-complete, frozen by Stop Work Orders.   They're at every turn.

Posted by onemorefoldedsunset at Friday, April 29, 2016