The year rolls around quickly & on Sunday it'll be time for the Fifth Avenue fair again.  Here a rather eclectic selection of several other upcoming events.

Saturday, May 16, Sunday May 17
The Scandinavian East Coast Museum will be presenting the fifteenth annual Viking Fest 2015,
at Bliss/Owl's Head Park, from 10 - 5

It will feature: a half size replica Viking ship The Norseman, and its crew; three re-enactment organizations - Historic Arms, the Society for Creative Anachronism and Medieval Scenarios and Recreations. From 10 - 12 visit our Viking Village. Children can participate in a Viking Scavenger Hunt by answering questions about Viking life while exploring the displays of our re-enactment organizations. Music and dance performances from countries that have a connection to the Vikings from 12:00 - 5:00.. Games, prizes and other Scandinavian delights.

On Sunday (Norwegian Constitution Day) the 17th of May parade will take place, going from Third Avenue to Leif Ericsson Park.  The parade kicks off at 1:30. All the Scandinavian sporting clubs of Sunset Park will be celebrating this weekend's events, but the only club open to non-members is the Danish Athletic Club, at 741 65th Street. If you've never been to the DAC before, this is the perfect time to visit.  For further information about the weekend's events, go to the museum website, or call 718 748 5950. 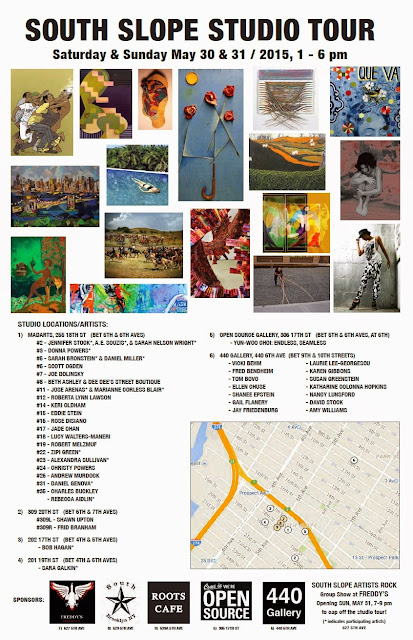 On Sunday night there will be a group show opening at Freddy's bar.

August 1 (yes, a while away, but not to be missed!)
7:30 pm (gates open at 6:30)
Celebrate Brooklyn, at the Prospect Park Bandshell
Taylor Mac: The 20th Century Abridged
Free! 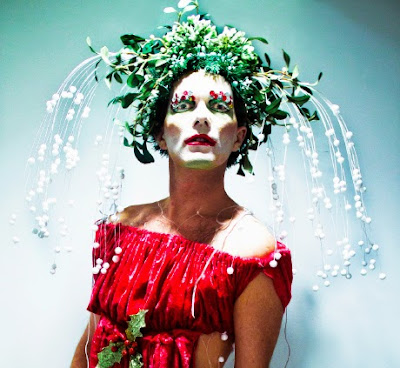 ".. his most ambitious project to date, a subjective history of the 240 years since America’s founding told through the music of the times. For his very special Celebrate Brooklyn! debut, he’ll present a supercharged slice of this project: a politically-knowing, enormous of spirit, and outrageously entertaining romp through 100 years of culture as seen through songs that range from Tin Pan Alley to the birth of rock ‘n’ roll to disco and beyond. Special guests include the BROOKLYN UNITED MARCHING BAND, a gaggle of burlesque dancers, and maybe a few surprises."


Posted by onemorefoldedsunset at Thursday, May 14, 2015