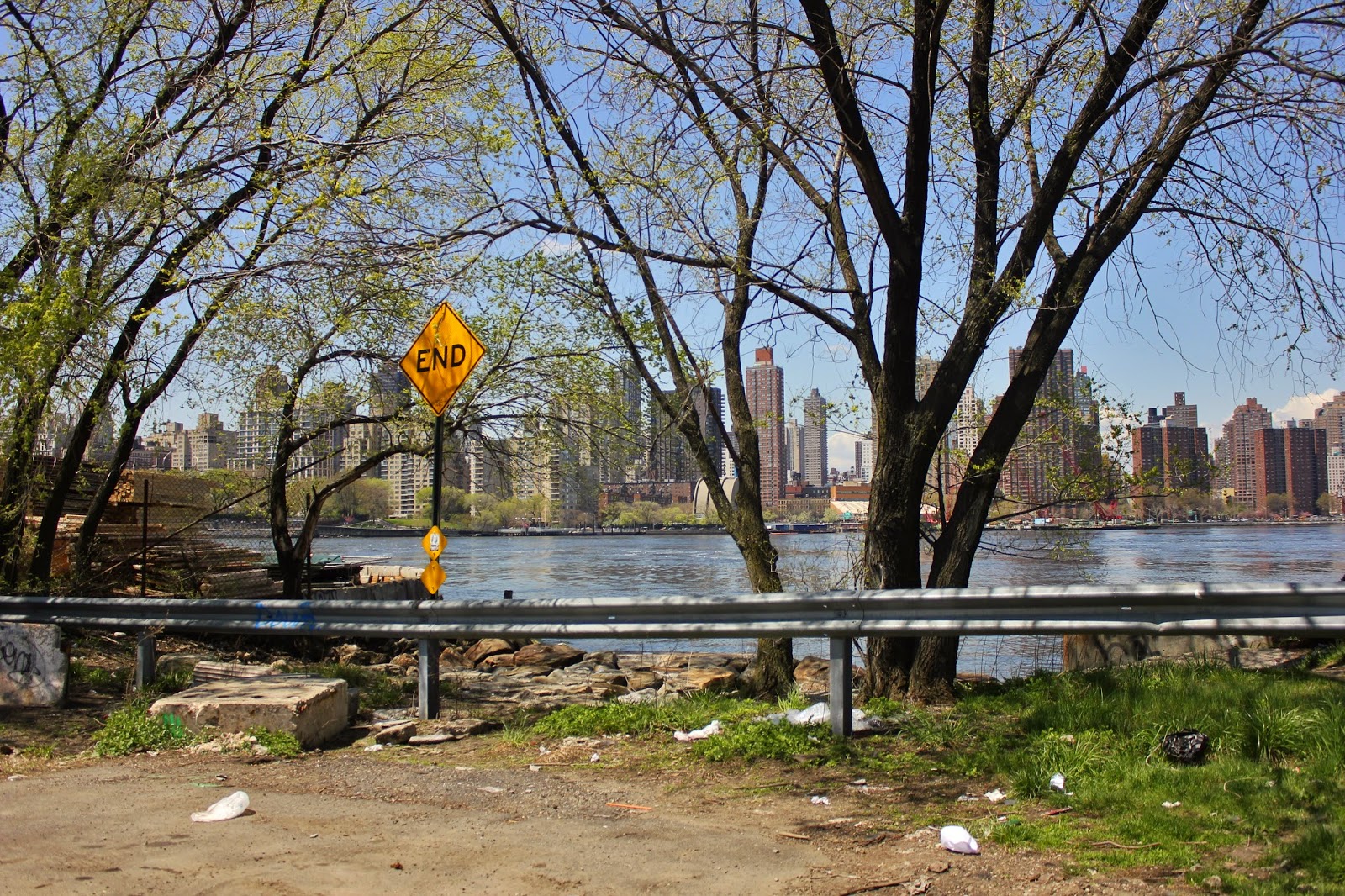 Is this bus terminus, down by the water on 26th Avenue, next to Hellgate Field, the most scenic in the city?  The future Hallets Point development will be right around here, across from Astoria Houses.  In February, the Durst organization acquired the last piece of property they wanted for the 2.5 million sq. ft. project.  Ground is set to be broken in the fall (Times Ledger). 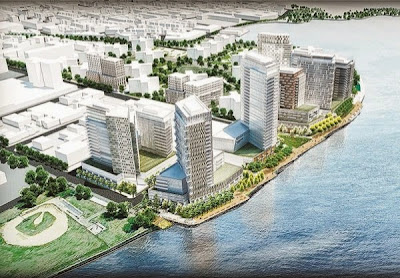 
The site where American Indians once congregated in intermittent villages, ferry service to Manhattan ran from the 18th century to the mid-1930s and the federal government blasted out reefs and rocks to open up the treacherous Hell Gate demands archaeological study before any construction begins on the property, according to both a required city Landmarks Preservation Commission study attached to the development team’s environmental study documents and research by Greater Astoria Historical Society

“That part of Queens is one of the most archaeologically significant and historically significant areas in all of Queens,” said Robert Singleton, executive director of the society. He added, “Those streets in Old Astoria predate Wall Street in Manhattan by a generation. It’s the largest, most historic area without any preservation in New York City.” (Commercial Observer) 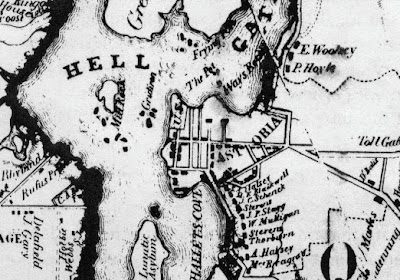 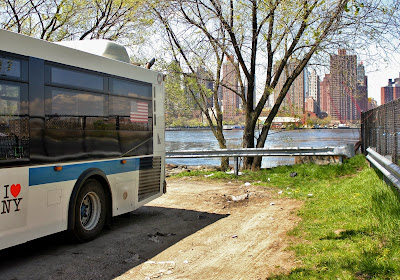 Posted by onemorefoldedsunset at Wednesday, May 06, 2015