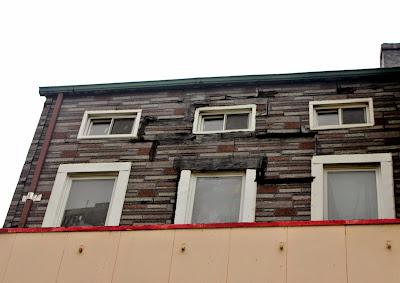 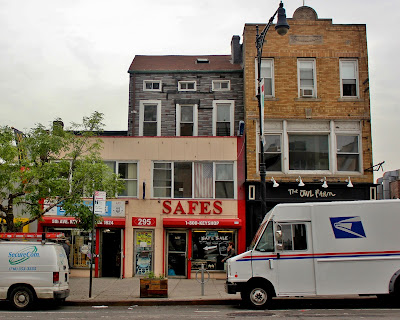 The 5th Avenue Key Shop, at 295 9th, must be one of the oldest businesses still operating in Park Slope, having been around since 1924.   Not as old as Neergaard (1888!), but still up there. Let's hope it can make it another nine years to the centennial.  If you look at the black and white photos below, taken in 1940/41 by Percy Loomis Sperr, and compare them to those taken in 2015, you can see that several of the buildings surrounding the key shop are still there, though a couple have fallen by the wayside.  The Michaels store, which once stood up the block at the corner of Fifth, was replaced by a squat bank building, a Manufacturers Hanover Trust that later became a Chase, and the awning of the Avon movie theater (1914 - 75), another teardown (Gone with the Wind, indeed), was replaced by one for McDonalds,   It's not so easy to make out all the businesses in the 40s pictures, but at the NYPL site (better resolution) you can see Western Union & Real Estate signs at 295, next to the key business, which later expanded to a double width first floor storefront space. Next door to 295, there's the Avon beauty salon, and a tavern.  There's still a bar at the site today. It's 295, the key shop building, though, that fascinates me most.  Look at that wooden survivor, flanked by brick, with its original eyelet windows still intact, even though the cornice they were set inside is long gone, and look at that little attic window, high up at the side of the building, and think of the sunsets upon sunsets, tens of thousands of them, that have flooded through the panes.  It's hanging in there. 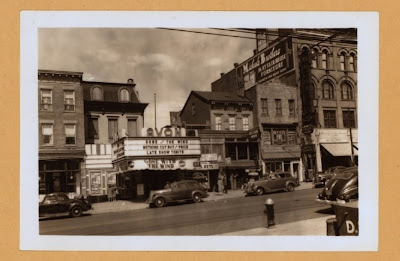 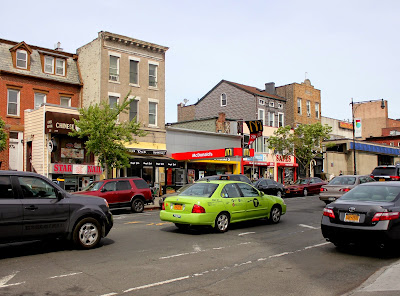 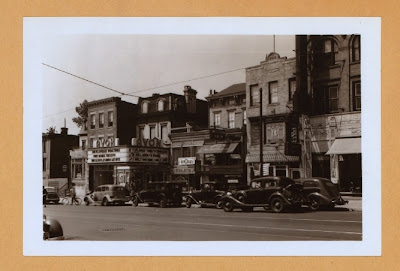 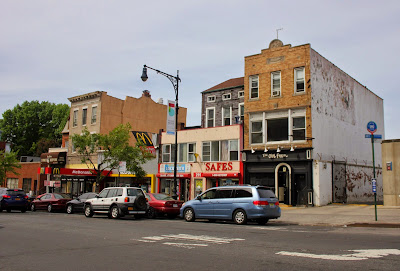 At the Cinema Treasures Avon page, there's a link to a film of trolleys making their way along Fifth south from Flatbush, and also along 9th. Though it's titled as a 30s film, this is impossible, as the El line was still operating along Fifth until 1940.  It must have been taken later in the 40s.  If you look quickly, you can see the Avon movie house at 2:30. 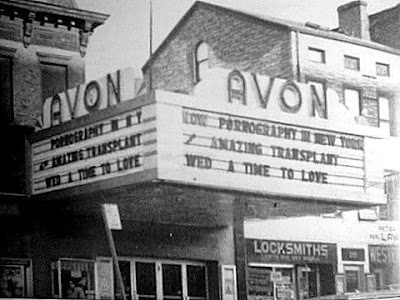 And I almost missed this one, also at Cinema Treasures.  Date unknown.  Locksmiths and wooden house prominently displayed.  Now: Pornography in New York / Amazing Transplant.  Wed: A Time to Love.

Posted by onemorefoldedsunset at Wednesday, May 27, 2015