Well that was short-lived.  The recently installed playground signs under the Culvert Viaduct, at Third & 10th, have vanished! 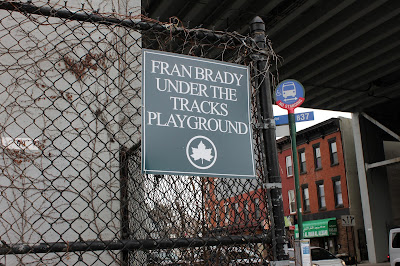 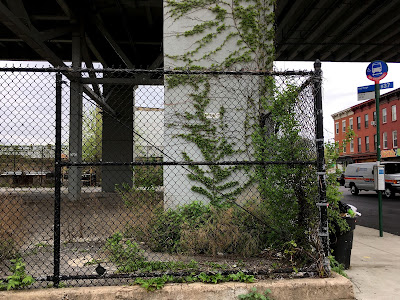 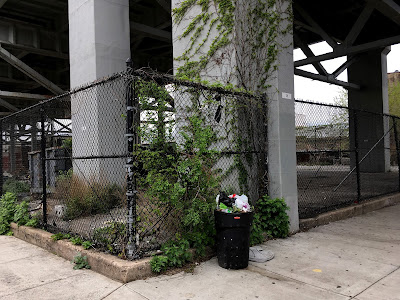 We'll see if the Parks Department has an answer ...


"Thank you for writing to NYC Parks regarding the property formerly designated as Fran Brady Under the Tracks Playground.

The property has always been owned by the MTA, although Parks was allowed to use it up until the 1990s as a playground. When the MTA began work on the F-train viaduct, its use as parkland was ended and it is no longer under Parks’ jurisdiction, nor will it be in the future. The MTA-owned site has been used for storage and in their operations.

Any signage that staff may have temporarily affixed to the perimeter of this property was provided in error.

Update, 10/18: I forgot to add this.  At a Gowanus zoning meeting later in the year, Council Member Lander stated that the sign was a fake, presumably put there as some sort of prank.  An impressive facsimile, if that's the case.  I'd love to know who's responsible.
Posted by onemorefoldedsunset at Monday, May 07, 2018