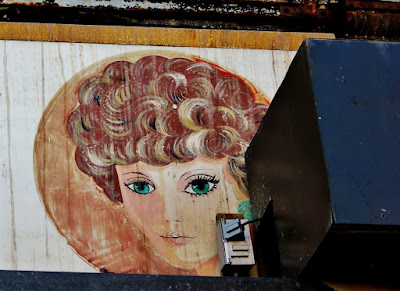 Former CB6 Manager Forged Papers To Give Himself Raises, DA Says (Patch)
The former district manager for Community Board 6, who resigned last year after being accused of stalking his ex-girlfriend, is now facing charges that he forged signatures of board members to give himself unauthorized pay raises.
Craig Hammerman, 53, was hit with a 17-count indictment on Monday for giving himself more than $38,000 in raises over a two year period by forging his manager's approval on documents, Brooklyn's District Attorney Eric Gonzalez announced.

NYC’s ‘participatory budgeting’ procedure doles out millions, though few actually vote (Eagle)
Voting was conducted over nine days during the spring at sites overseen by trained poll workers. Voters could also make their selections online or through LinkNYC sidewalk kiosks after verifying their identity.
Nonetheless, the program suffers from low voter turnout.
In Lander’s District 39, which includes the relatively well-educated and empowered citizens of Cobble Hill, Gowanus and Park Slope, just 6,000 residents voted out of roughly 127,650 eligible voters over the age of 10. That’s a turnout rate of just 4.7 percent — compatred to a low 8 percent in the 2016 federal primary election, 35 percent in the presidential primary, and 62 percent in the November General Election, according to Gotham Gazette.

In Staten Island, a remote wilderness is threatened by encroaching development: Touring the urban wilds of the Sharrotts Shoreline on Staten Island’s southern end (Nathan Kensinger at Curbed)
On the South Shore of Staten Island, where Tappen’s Creek flows into the Arthur Kill, a remote wilderness has taken root on forgotten land. Deer and woodchucks wander through forests filled with abandoned cars; geese and ducks paddle around marshlands littered with engine blocks; and ospreys nest in a boat graveyard.
This is the Sharrotts Shoreline, a unique maritime habitat that has somehow managed to thrive, even after decades of neglect. Isolated and almost inaccessible, the secluded coastline here is part of the rural neighborhood of Charleston, where the narrow roads are lined with Victorian homes, ancient cemeteries, and active horse stables. There are no signs or public paths connecting this community to its shoreline, which is perhaps one reason why the wildlife here has flourished.

Foamland Security: Ferry Riders Say de Blasio’s Subsidies Spare Them Subway Trauma (Voice)
Each of the existing SBS routes carries more passengers alone than the ferry system in total. Some individual SBS routes, such as the Bx12 (15,576,377 annual riders) or the M15 (14,128,504) carry orders of magnitude more New Yorkers per year than the entire ferry system.

The Gentrification of Canal Street (NY Times) Re-edited after publication, with a fresh title, but still a read & wince Times piece ...
“Personally, I love the grittiness of it,” said Ms. Standefer, who likened Canal Street to the area around NoMad, where she and Mr. Alesch designed the Ace Hotel. “Both have this thriving, high-low energy.”

Beloved Street-Fashion Photographer Bill Cunningham Is Getting a Career-Spanning Museum Retrospective (artnet)
The show will be on view (at The New York Historical Society) from June through September, drawing to a close just in time for New York Fashion Week and the highly anticipated publication of Cunningham’s secret memoir, Fashion Climbing, discovered by his loved ones after his death.

Modernists & Mavericks: Bacon, Freud, Hockney and the London Painters by Martin Gayford – review (Guardian)
Gayford deploys Bacon’s voice to brilliant effect, and you hang on to every word, from his conviction that he wanted his pictures to look as if a human being had passed between them, leaving a trace of human presence “as a snail leaves its slime”, to his sudden, hungry observation, made one sunny day in Soho, that a horizontal shadow “eats into the figure, like a disease”.

Hamlet, thy name is woman: Why Michelle Terry's Globe is staging post-gender Shakespeare (Guardian)
“We have at our disposal a canon and a body of work that is essentially about the human being,” explains Terry, summing up her approach to the plays and to the casting of them. “There are no character descriptions in Shakespeare. There is nothing prescriptive about who can and should play what. Our job as actors is to offer up the impression of a person’s character in all its complexities and ambiguities.”
This then offers up the possibility of alternative ways of looking at the world. “For me,” Terry says, “that is what Shakespeare was doing within the limiting constraints that he was writing in. We don’t have those constraints anymore.

The Last Derelict House In Spitalfields (Spitalfields Life)
Of all the old houses in Spitalfields I know, this is the one that has most retained its soul. The house holds its own silence and the din of the contemporary world is drowned out by it.


Posted by onemorefoldedsunset at Saturday, May 19, 2018