"In terms of not-that-controversial but entirely inconsequential topics, I offer this after walking a few blocks of the 5th Ave. street fair in Brooklyn today: NYC street fairs are all uniformly terrible and should be rethought from the ground up or just eliminated entirely." 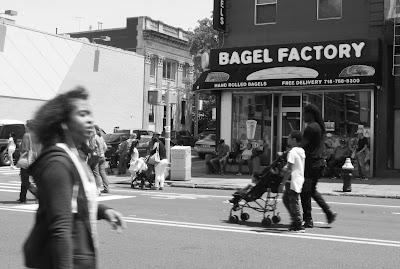 I get at least some of the criticism.  The same old vendors at every fair bring a uniform glut of sausage and funnel cakes and hokey t-shirt stands.  The live music is a mixed bag - I'll admit to growing tired of the Brit revival band in front of Smith's.  But familiarity breeds affection as well as contempt.  It wouldn't be a street fair without the smell of grease and sugar, and judging by the dancing at Fifth & 9th, some people still enjoy another 19th Nervous Breakdown.  And really, who's so severe as to find fault with a bouncy castle or King Kong?  There are plenty of local businesses in the mix too, for whom the fair brings a yearly revenue boost, and there's often food outside the standard fairground staples. 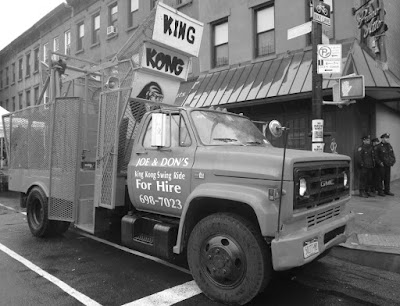 It's not just the eats and the music. It's the street and the crowd. Just as a fall of snow disrupts the rule of keeping to the sidewalks, so a street fair gives the beleaguered pedestrian a change of perspective.  An (illusory) taste of transgression!  All the familiar markers change too, & stores become backdrops.  As well as walking in the middle of the avenue, I like the sidewalk's shift too. Relinquishing its normal role, it offers a back of the scene view of things. 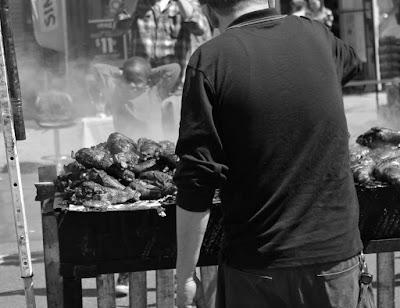 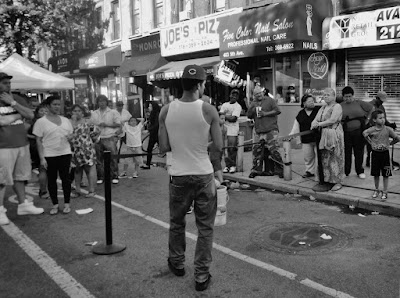 Don't take a street fair too seriously - other people are having fun. Too much good taste is definitely bad for you, but cheesiness & excess calories every once in a while won't kill you.  Stay for half a dozen blocks, or walk a mile or more.  And don't worry.  It'll all be back to normal in the morning.
Posted by onemorefoldedsunset at Tuesday, May 22, 2018