Demolition plans were filed for 217 9th Street a week ago. On Thursday night, the building partially collapsed.  Fortunately the building was vacant and there were no injuries, but a number of nearby neighbors have been evacuated from their homes. More to follow.

By coincidence, I wrote a post on the house yesterday, which was posted today. It references an earlier post from 2015, which included the following:

The building last changed hands almost twenty years ago, and is being developed by its longtime owner. According to a story in The Daily News, in 2010 Mr. Singh and his wife, Thackoordai, were indicted on fraud charges.

In recent years, Mr. Singh appears to have sold at least some of his many properties. 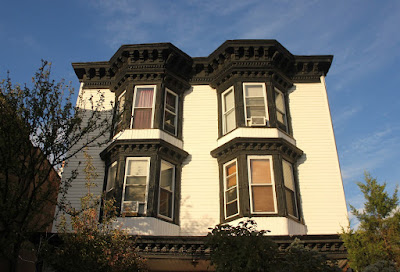 Back in 2015 plans were filed for a new building at 217 9th, one of the last grand wooden houses on 9th Street between Third & Fifth Avenues. The plans were disapproved and the old house remained.  Now a demolition application has been processed, so it looks like new building plans are may be on the way again.

Since 2015, the north side of the block has seen some changes.  Houses at 227-233 9th (two brick, two frame) were demolished, and a seven-story apartment building is currently under construction.  Closer to Third, a rental building has risen.  There's that de rigueur Kentile sign again. 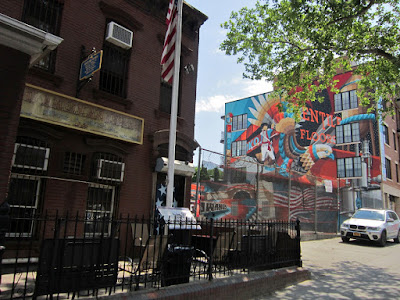 Posted by onemorefoldedsunset at Friday, May 18, 2018