I don't know much about Walter Silver (1923 - 1998) other than that he taught at The School of Visual Arts, and also worked as a commercial photographer.  The New York Public Library has over a thousand of his photographs in its digital collection.

70s pictures show billboards & graffiti, and a group from the 80s - maybe my favorites - suddenly leap into color. These color pictures are taken during bus trips. 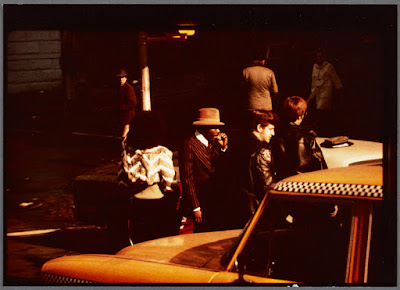 Some of them are urban shots & others quit the city for the highway, passing tattoo parlors, parking lots, railroad cars & hitchhikers, fields & sunsets.  There's a transient beauty in this kind of photograph, taken at a light, in a jam, or on a pit stop.  You could be right there on the bus yourself, looking out the window, watching the miles go by.  The country comes right through. 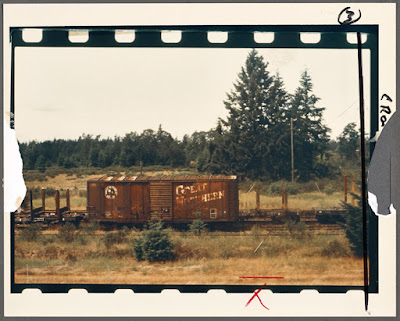 Posted by onemorefoldedsunset at Wednesday, May 16, 2018