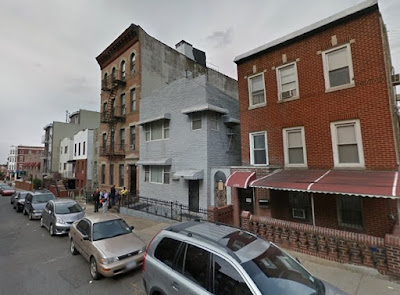 The grey house at 197 23rd Street disappeared a couple of years ago.  There's a three-story plus penthouse there today.  Now it's the turn of 199 (at right).  On the filed demolitions at the DOB, the same owner is listed for both buildings.  199 looks pretty much the same today, minus its larger awning.  Both the buildings above were/are wooden, with stone & brick veneers, though 199 only got its front done.   In 1913 a resident of 199, Michael Parella, claimed to have been robbed in a nearby saloon. 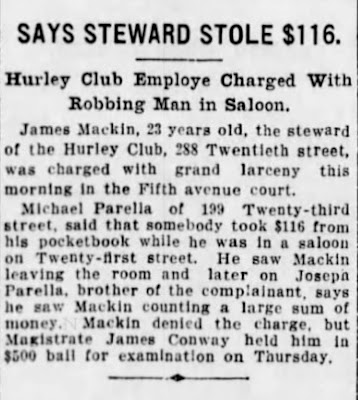 Posted by onemorefoldedsunset at Tuesday, May 15, 2018