This one will be perfect for the newer, cuddlier, ever-more-effete Third Avenue.

The oldest train cars still trudging through subway tunnels will have to put off retirement.
The Metropolitan Transportation Authority is expecting its order of state-of-the-art trains to be delayed, meaning ancient train cars now on the C and J/Z lines will stick around until 2022, according to budget documents and transit officials.
The old trains — a model called R32, which were considered cutting edge at the 1964 World’s Fair — are unable to leave life on the rails by 2018 as planned, costing the agency $50.2 million over the next four years in maintenance and extra train staff, according to the budget docs. 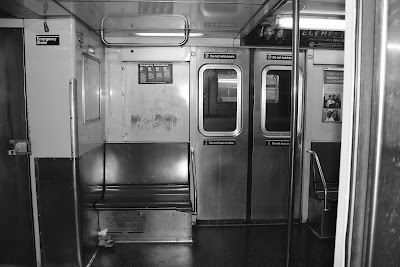 
Posted by onemorefoldedsunset at Thursday, August 13, 2015