Not one, but two new bike stores on Fifth Avenue.  At 610, Behind Bars Brooklyn, which bills itself as "a full service repair shop and bike accessories studio with decades of experience in the bicycle industry".  Is this related to the Minneapolis Behind Bars? 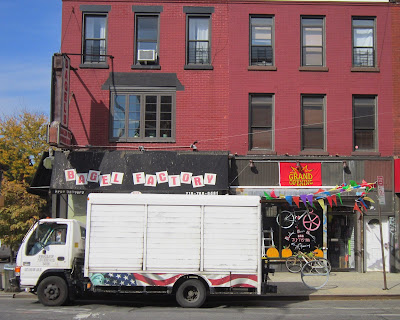 And a couple of blocks south, at 645, Tong Lida, which looks like it's concentrating more on nifty city bikes than the needs of high-end racers. So presumably, these shops will attract quite different kinds of customers. 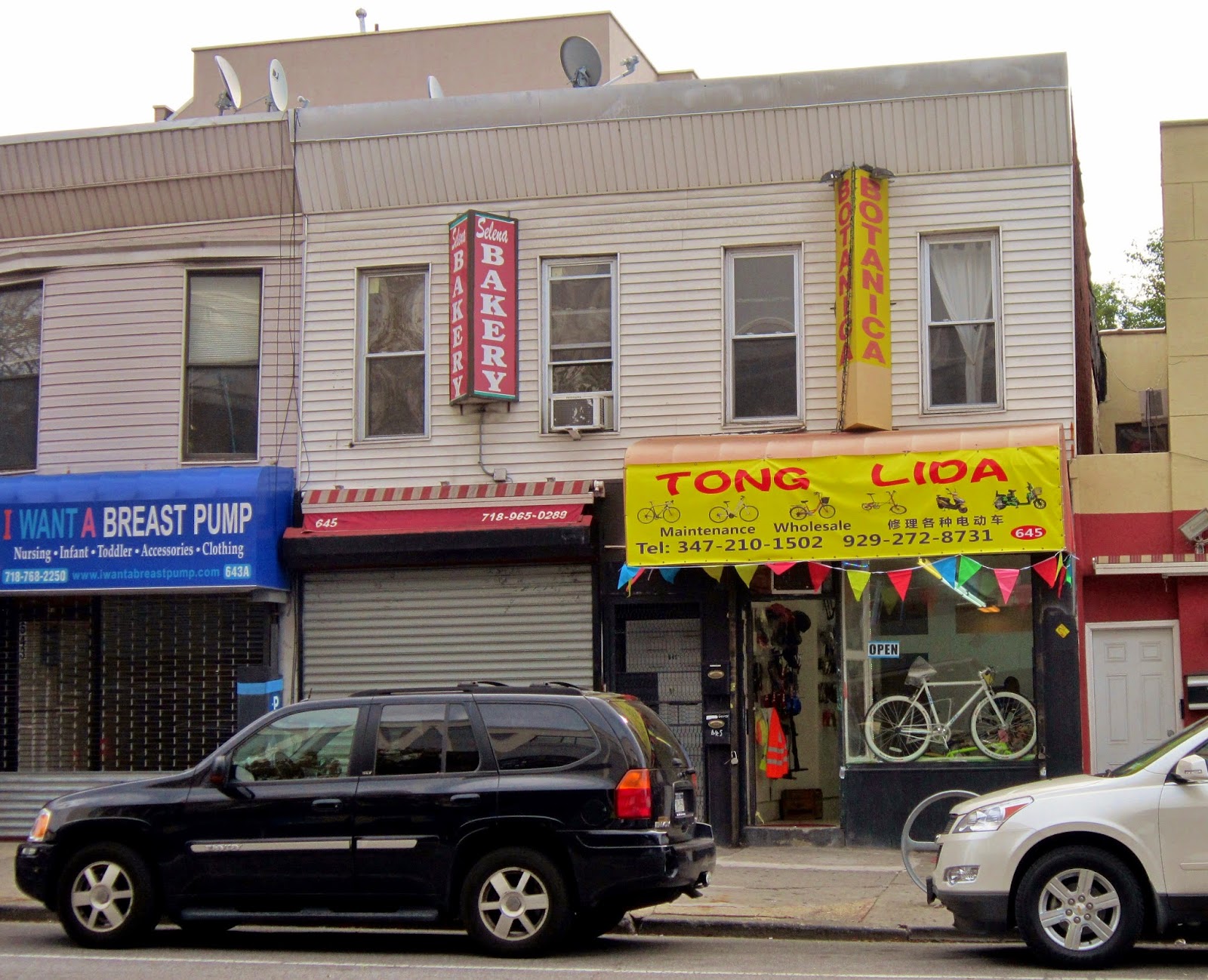 The psychic's studio next door - Readings by Katherine - is still empty, as is the ill-fated I Want a Breast Pump premises next door, & next to that, the old Torres tattoo store (they moved).  I like seeing the vertical Selena Bakery & Botanica signs still lingering above the storefronts, and the painted Torres shutters at 643. 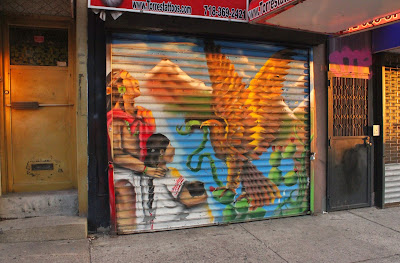 
Posted by onemorefoldedsunset at Tuesday, October 28, 2014