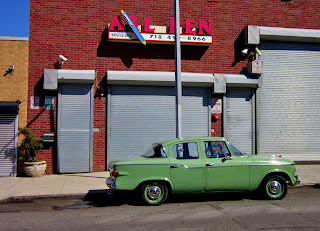 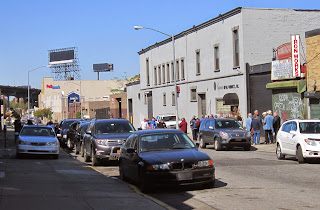 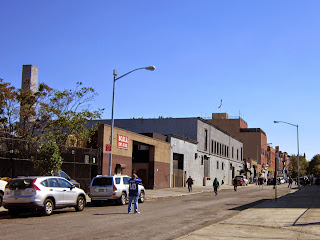 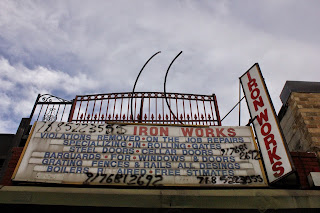 The annual 12th Street stickball game took place today, a little later than usual, between Second & Third Avenues.  I walked by with the dog, who's leery of getting too close to swinging bats (or sticks) so sadly we had to hang back a bit. It was a beautiful day for a ballgame, and music from the fifties and sixties floated down the block. A small crowd of spectators gathered below the ironworks sign, and somebody's pristine Studebaker Lark gave a the street a touch of old-time class. What pleasure to have this taking place so close to home. Not everyone felt that way, apparently. The street was blocked off from traffic, and seeing this, a well-dressed thirty-something blonde grimaced in disapproval. Kill-joy. The game was a blast. Here's a short film on the 12th Street game in 2006.

Posted by onemorefoldedsunset at Sunday, October 05, 2014