64th between Seventh & 8th is Sunset/Borough borderland, composed of mostly healthcare building & warehouse.  I walked by some low, baited & asbestos posted warehouse buildings, which sold in the spring for seven million, and are destined to be razed for an ambulatory care center.  There's plenty of development round here, with an Eighth Avenue mega mall in the works at Eighth & 62nd, and a big, glassy medical building planned for Eighth & 55th.   I'm sure there'll be plenty more to come. 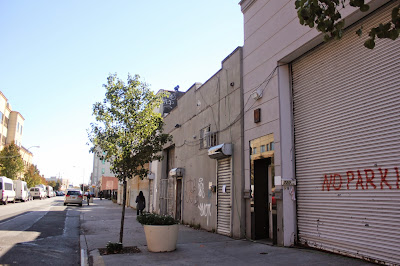 The next block up is dominated by the Fei Long Food Court & Market, which takes up all of Eighth from 64th to 63rd & extends back almost all the way to Ninth.  I've walked by here plenty of times, and stupidly, never checked it out.  Next time I will.. 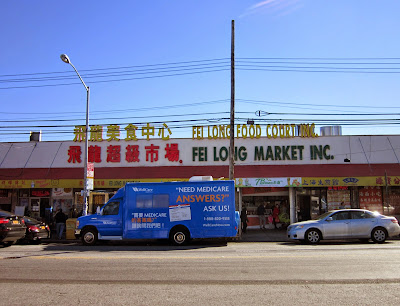 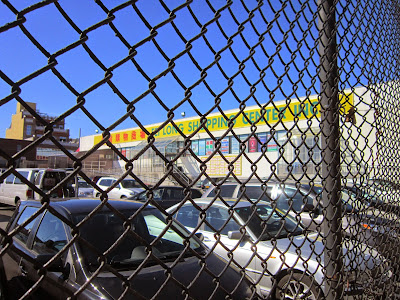 Back on Seventh, over the rail tracks north of 64th Street, there's a road safety mural. The man passing the delivery truck, is, I believe, headed for 62nd. 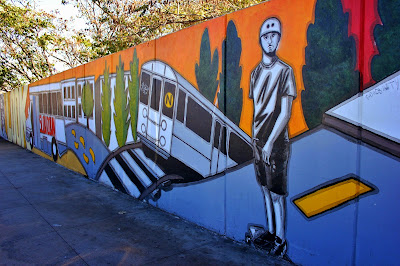 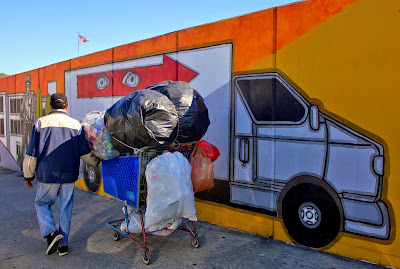 Posted by onemorefoldedsunset at Friday, October 31, 2014