I overlooked this one until yesterday, though I'd noticed that the building site seemed quiet.  There's a full stop order at 724 Fifth, site of the old White Eagle Tavern, with an excavation violation listed, and the second violation as follows.

724 was sold a year ago for $1,650,000, and work at the site (enlargement & conversion) has been slow and shoddy.  Last month there was giant crane activity 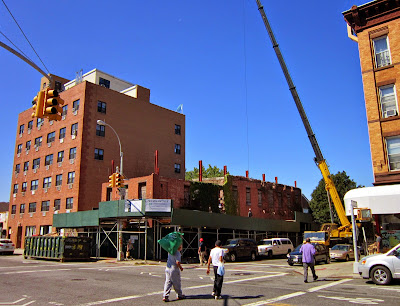 and subsequently some rather dubious flyers went up claiming that the block would be closed for an entire month for more of the same. 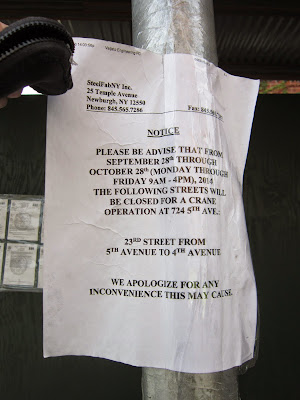 Dubious flyers are nothing new at this address. Here's a No Parking one put up in late August, ostensibly issued by the NYPD/DoT,  The no parking dates in question are listed for May. 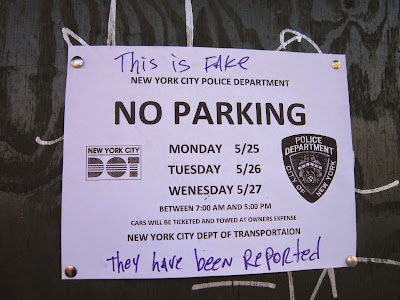 This one's been a dangerous eyesore for far too long.


The White Eagle Tavern has appeared countless times here, including
Another Glimpse of the White Eagle Tavern
Falling, Closing, Moving
Real Estate Monday
Fifth and 23rd
Wedding Parties
23rd and Fifth
Through the salt-stained windows of the B63
This is Fake
Posted by onemorefoldedsunset at Wednesday, October 22, 2014